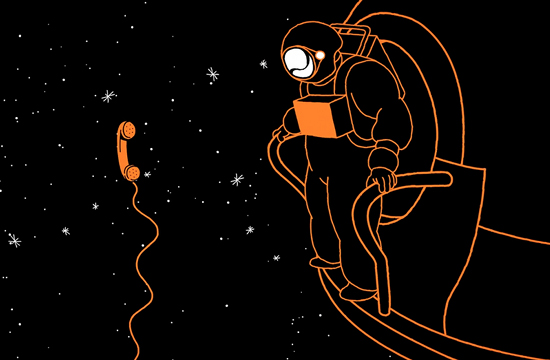 With their new film for French telecom giant Orange, Flying V are establishing themselves as a tour de force on the French animation scene.

In their second film for Havas WW Paris, "Orange Rétrospective," Flying V use their talent for clever transitions to weave together the biggest stories of the year for Orange, and send you around the world, to the bottom of the ocean, and into outer space in the process.

Flying V proved themselves bona fide wizards at this art already in their first collaboration with Havas, the wildly popular homage to Parisian neighborhoods, "Best Wishes 2013," which won gold for design at this year's Art Directors Club Awards (ADC).

Flying V also get to flex their artistic muscles on this project. They created all the graphic elements of the film, allowing them to create the look and feel as well as craft the story. And as you'll see, when Flying V take the reins of a film, not even the sky is the limit.

The film was shown at the Palais des Congrès at the of opening of Orange's General Assembly.