Fly to the GRAMMYs with Macklemore Music Producer Ryan Lewis 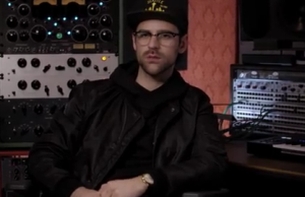 Now in its fourth iteration, Delta has introduced its latest mentor​, Ryan Lewis of Macklemore & Ryan Lewis​,​​ Billboard magazine's "Producer of the Year," a video director, and a four-time GRAMMY® winner. You can apply here f​​​​or a chance to share ideas with one of music’s most influential producers while flying to the 57th GRAMMY Awards®. Watch Ryan Lewis talk about being an Innovation Class mentor and his path to the music industry in the latest teaser video.