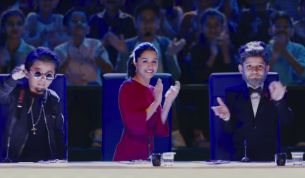 Flipkart first started using kids-as-adults (Kidults) in the early stages of e-commerce in India, to communicate that buying online is as easy as child’s play. This endearing device was brought back in 2016, to achieve immediate recognition and cut-through amongst the communication clutter. And in the past 3 years, the kidults have featured in many memorable Flipkart stories across categories.
One of the reasons for the continuing relevance of this device is that it’s been used across various characters, settings and stories. Over the years, the kidults have become characters young and old across ethnicities, professions and gender. They have been part of stories set in jungles, college canteens, courts of law and airports. So much so, their world is now a relatable, real world.
And when Flipkart decided to rope in celebrities for Flipkart Fashion, it was only natural that the stars enter the kidults world, and not vice versa. The sheer relatability of the kidults world almost dictated it that way.
Shoumyan Biswas, Head of Marketing, Flipkart stated, “Flipkart Kidults have become ubiquitous in today's world. From the miniature world that we created in 2012 the Kidults have now entered every sphere of our lives. From being in an Airport to jungle safaris, from grihapravesh to being in Army units, and from encountering police stations to north Indian dhabas, the Kidults have seen it all.  This new phase of the timeless journey brings stories of amazement and awe as the Kidults now run into some of the biggest fashion icons in our industry. And as they effortlessly migrate around everything that adults experience, the Kidults, in this latest "celeb struck" avatar, create yet another memorable visual spectacle for all of us to savour. Bollywood celebrities are one of the leading inspirations for Fashion in our country. Hence, it was natural to associate with two biggest fashion icons of Bollywood- Ranbir Kapoor & Shraddha Kapoor and bring them to the world of Kidults to introduce- India ka Fashion Capital.”
Arun Iyer, Chairman and Chief Creative Officer – Lowe Lintas, had this to say, “Creating the kidult world is very technical with sets constructed proportionate to the size of the kids. This time we were introducing real life adults in the kidult world, so the bars of technicalities were raised ten notches higher. To be completely sure of what Flipkart was aiming for, we even conducted a mock shoot before the actual shoot. The shoot was not easy, and the post-production was even more challenging. Resizing the celebrities and placing them flawlessly with the kidults was quite a task. The kids were casted keeping in mind the heights of our stars. Both Ranbir and Shraddha were shot against Chroma, talking to actors in Chroma suits and dancing at the exact mark where their kid double danced. It is quite commendable to pull off a shoot where one had to be wary of the camera angles, positioning of the actors, the set, props, etc. With a CG team sitting in Singapore, Flipkart did not compromise on the getting the best talent to work on post-production. After working on the campaign for almost a month and a half, we finally rolled out the mega campaign for Flipkart Fashion.”
The campaign is live across digital, television, print and outdoor media.
view more - Creative 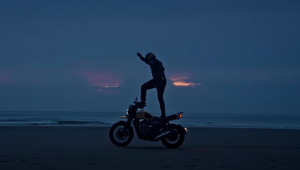 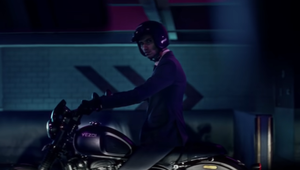