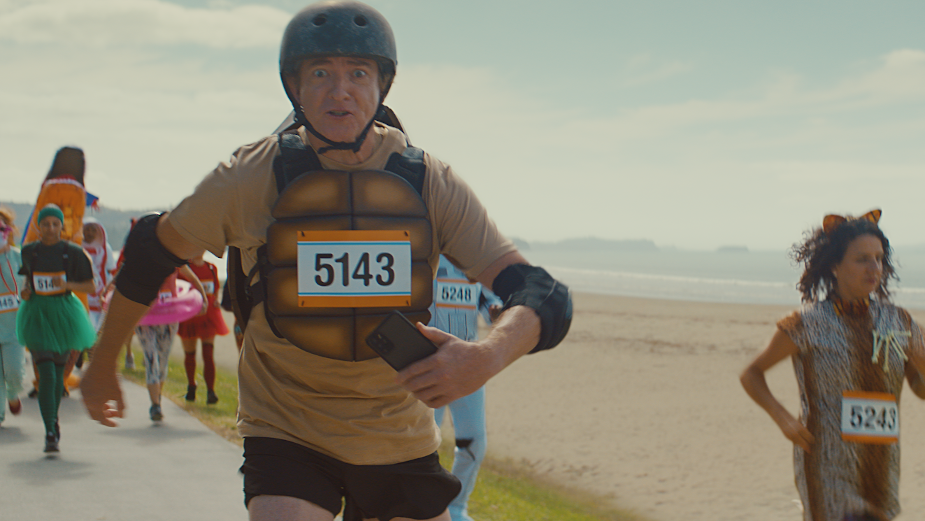 Xero, the global small business platform, demonstrates how its products can help small businesses master the overwhelming task of doing their business finances, in a major UK advertising campaign, which stars comedian Rhys Darby, best known for his work in Flight of the Conchords.

The campaign has been created by ENGINE Creative. It is the agency’s first campaign since being appointed to handle the UK advertising account earlier this year, following a competitive pitch, to create a distinct brand identity.

The strategy is built on the insight that accounting and bookkeeping isn’t something to be ‘boshed’, ‘done’, or ‘smashed'. It’s at the heart of any business, and crucially important to have control over if you want a healthy business.

At its heart of the creative is a TV ad in which we see Rhys Darby in a series of tongue-in-cheek analogies about how difficult running a business can feel. We see Darby taking part in what seems like a normal marathon. But as he talks about how it can feel for small business owners to keep up, we realise it is anything but. Rhys suddenly finds himself running through a desert and then sucked into quicksand.

But with Xero in hand (literally, as a smartphone app) the feeling of being overwhelmed is replaced with that of ease and control. Rhys is suddenly in a fun run, on roller-skates, followed by taking off in a jetpack. He reminds us to search ‘Xero with an X’ followed by the new brand positioning of ‘healthy business’.

The over-the-top analogies are continued in out-of-home and digital ads, colliding the worlds of health and business in a distinctive way. .

John Coldicutt, marketing director, UK & EMEA at Xero, said: “While many small businesses have been rightly focused on survival, they are starting to look further down the line. Now is the time to help them to recover and rebuild. Using Xero to take control, and master the inner workings of their business will be crucial to this, which is why ENGINE’s Healthy Business proposition is such a perfect fit for our brand.”

Billy Faithfull, chief creative officer at ENGINE Creative, said: Our ambition was to make sure that anyone watching would be utterly clear about what Xero is and what it can do for their business. Colliding the world of health and business gave us a really powerful platform and having Rhys Darby deliver it will ensure it cuts through the noise, with a self-deprecating tone, on roller-skates, with a jetpack, in a desert.”

The campaign breaks on 15th May and runs for an initial five weeks, across television, radio, online video and out-of-home.