Two prizes of £5,000 up for grabs with winners to be broadcast on air 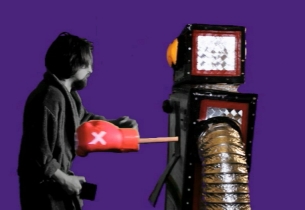 Channel 4 Marketing is challenging the nation to flex its creative muscles and put its ingenuity to the test by entering E4’s ‘E Sting’ competition.

The competition is open to anyone who thinks they have got what it takes to create a unique 10 second brand sting bursting with E4 attitude. The winning entries will be broadcast across the UK’s number one digital channel for young viewers.

This year E4 is shaking things up and putting the power into the hands of their loyal E4 fans. From Wednesday 8th July 2015 entrants who tweet a YouTube link to their sting using the hashtag #EStings2015 will be entered into the competition. A selection of E Stings will be showcased online during the entry period at e4.com/estings.

Following a competition revamp, there will be two winners of this year’s ‘E Sting’ competition - a People’s Choice and a Judges Winner - and each will be awarded a grand prize of £5,000.

E4 will choose up to 16 of the best E Stings and air them on E4 in a single elimination knock-out tournament, where viewers can vote for their ultimate E Sting champion and winner of the People's Choice category via #EStings2015. The overall Judges Winner will be chosen by some creative big wigs at E4 HQ.

In addition to having their sting broadcast on E4, all 16 finalists will be invited to attend an awards ceremony in a glamorous London destination where the Judges winner and the People’s Choice winner will be revealed.

The brief is almost entirely open with the only compulsory elements being that it’s 10 seconds in length and includes E4’s logo and one of the supplied soundbeds which will all be available to download from the website.

Neil Gorringe, E4’s Creative Director, said: “With E4 viewers at its heart our ‘E Sting’ competition acts as a launch-pad for new talent to kick-start their careers in this hard to break into industry. With previous winners going on to great success in their own right, I can’t wait to see what surprises this year’s entrants bring to the table.”

Launching in 2005, E4’s ‘E Sting’ competition offers a platform for new talent to showcase their ideas and develop their skills in an exciting and innovative way. Olly Read – the winner of ‘E Stings’ in 2009 – continues to work with E4 designing many of their current on air idents.