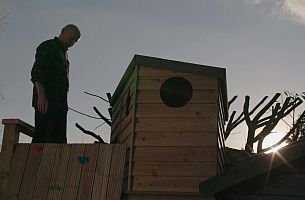 The campaign, conceived by Iris London, aims to share the magic of home improvement within families, and Flaura’s loving edit successfully tells the story of this ‘labour of love’ in this honestly crafted commercial featuring a young boy and his grandfather building a treehouse.

"It was great to work on Wickes with Stuart. It is such a sweet film and the doco-style approach made it a really good one to edit - it was all about finding those little moments here and there and capturing the relationship between the three generations of the family. It was a lovely one to work on," comments Flaura.