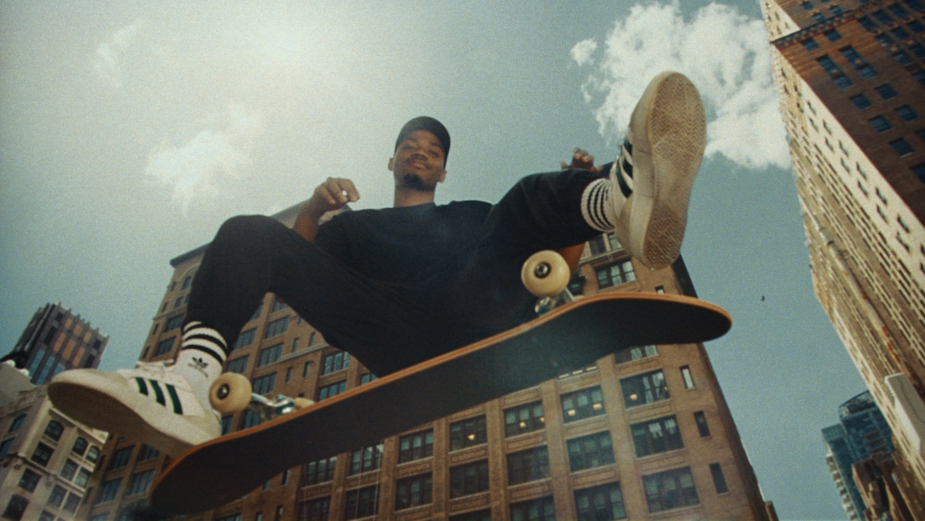 Facebook is celebrating the ways their technologies help people ‘change the game’ when they find each other, by kicking off a new cross-app global campaign running during NBC’s coverage of the 2021 Olympic Games.

How does skateboarding measure up on Facebook’s platforms? Skateboarding is bigger than it’s ever been:

With Skateboarding making its debut at this summer’s games, the Company-wide campaign featuring a hero spot from Facebook Company, as well as creative from Facebook, Instagram and more, will spotlight skateboarding communities globally and how Facebook is connecting fans during what’s arguably the sport’s biggest moment.

Droga5's campaign celebrates skateboarding’s rise to the Olympic stage with four films that span cultures, countries, and continents. Each of them telling a true story, and each of them showing inspiring ways skateboarding has changed for the better through Facebook apps and technologies.

These incredible stories are captured by an equally incredible roster of directors, shot over 17 days across four continents. ‘Skate Nation Ghana’ for Facebook Company is helmed by a collective of four directors from Daniel Wolfe’s new production company Love Song: Bafic, Elliott Powers, Justyna Obasi and Daniel himself. ‘No Comply’ for Instagram is directed by the features and series director Yann Demange (Reset Content). ‘Once Upon a Time Everywhere’ for Oculus is directed by MJZ’s Juan Cabral. And, last but not least, ‘Longboard Family’ for Facebook Blue App is helmed by FKA twigs (Object & Animal), with choreography by Mike Tyus and Joy Brown.

This summer, skateboarding will debut at the Olympic Games in Tokyo. To celebrate this, Facebook’s latest 30 second spot highlights how its platforms like Facebook app, Instagram, WhatsApp and Messenger have helped communities evolve & embrace skateboarding from a niche sport to a global, accessible phenomenon—using the example of the incredible rise of skate culture in Ghana featuring Joshua Odamtten and Sandy Alibo.

The campaign tells the story of Joshua Odamtten and how he learned to skate on the streets of Accra at night by watching videos of his idol Chris Cole, later founding @skatenationghana to teach his friends. His skating movement took Ghana by storm after he linked up with surfer Sandy Alibo via Messenger and the two took their skateboarding crews on a tour to bring the sport to kids across Ghana.

People from around the globe start to react to their Instagram posts, including Virgil Abloh. Inspired by the Ghanaians, he reached out to Joshua and Sandy through a Messenger video chat to work with them to create Ghana’s first skatepark that will give all of Accra’s kids access to skateboarding - the Freedom Skatepark. The trio also launched a capsule collection to fund the park, with designs inspired by the Ghanaian skaters.

Joshua Odamtten: a pioneer of Ghanaian skateboarding. He brought the trick-heavy street skating culture to Accra’s streets and founded Skate Nation Ghana to create a space for young skaters to learn and to connect with each other.

Sandy Alibo: runs Surf Ghana, a collective that seeks to empower Ghana’s youth through teaching them surfing and skateboarding. She recently co-founded the Skate Gal Club, building a space for women to freely explore sports and arts.

The ‘No Comply’ is a simple skateboard trick where you pop the board in the air with your back foot, and jump on the board with your front foot. In recent years, a new generation of skateboarders on Instagram have inspired each other to put their own creative twists on it. Instagram highlights the imaginative ways skateboarders of all kinds have created their own versions of the ‘No Comply’ trick, and how they use Instagram to encourage each other to push it further and further, in its latest spot with trans skateboarders Kane Caples and Marbie Miller, plus other renowned skaters Richie Jackson, Kento Yoshioka, David Gonzalezand Mirei Tsuchida.

Kane Caples: an amateur skateboarder from California who has built a following on IG from their unique skate style, particularly their iteration of the No Comply.

Marbie Miller: a trans skateboarder from Iowa who has forged friendships on Instagram with non-traditional skaters around the world. She is commonly seen playing with the No Comply on her page.

Oculus: ‘Once Upon a Time Everywhere’

Oculus takes normal gaming from a way to meet up and play, to a place where Tyshawn Jones and his crew can connect and share the same imagination, experience and perspective on what’s possible, no matter where they are.

Tyshawn Jones is a pioneer of modern skateboarding. He is known for his physics-defying skate style, which was greatly influenced by video games.

Skateboarding is debuting for the first time this year at the Olympic Games in Tokyo. To celebrate this, Facebook App’s new spot, Longboard Family takes viewers on a journey around the world while showcasing how the platform helps longboarders connect and build bonds while improving one another’s skate skills. In her latest directorial project, singer/songwriter FKA twigs brings to life the beauty of longboarding and the ways Facebook Groups allows longboarders to connect and lift with one another with advice and encouragement on the app.

Dancing is a universal language that people from all over the world can understand and connect to one another through. Longboaord dancing specifically is a newer technique that is taking the globe by storm.

Our protagonists dance through the streets of Seoul, Barcelona and Los Angeles, and throughout the film we’ll see them progress in style and connect with people around the world until they are joined by fellow skaters from all walks of life to create a beautiful piece of dancing art. Longboarders featured include Aboubakry Seck, Giu Alfeo, Ko Hyojoo, Lotfi Lamaali, Marina Correia, Gustav Sjogreen “Boop” and Brandon DesJarlais.

Andrew Stirk, vice president, global company marketing— Facebook: “Facebook is proud to celebrate skateboarding and its athletes around the world, as the sport takes the global stage in Tokyo for the first time. Skateboarding is a grassroots sport and culture, centered around connection and community. This work celebrates the authentic stories of skaters using our platforms to find each other, broaden the culture, and push the sport forward.”

Thom Glover, group creative director, Droga5: “Facebook’s suite of apps are incredible tools for building community. With Skateboarding making its debut at the Olympics, we wanted to highlight different skate communities around the globe who have used Facebook to pioneer amazing things, from a highly influential skate culture in a country where none existed before, to pushing the boundaries of what’s possible in skating, technically, creatively, imaginatively.”

Service Company: Sun Up To Sun Down Africa (Ghana) 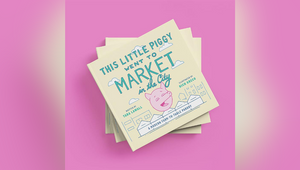