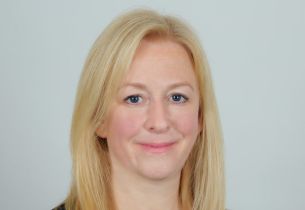 Adoue has worked with some of the world’s best-known creative agencies, including Eleven, Goodby, Silverstein and Partners, and Hal Riney & Partners and collaborated with iconic brands such as Apple, Hewlett-Packard, Visa, Facebook, Pepsi, Häagen-Dazs and General Motors.

She has extensive financial services experience working on Discover Card, Morgan Stanley and Visa. For five years, she led the Visa account, which was focused on supporting Visa’s processing services. She was integral to the research and content created to launch a new initiative designed to help community banks and credit unions stay ahead in the dynamic payments landscape.

“Amber is exactly the type of business leader we need for Navy Federal,” Woehrmann said. “Not only does she know what it takes to build a strong brand but also to meet the demands of driving critical retail success.”

In 2009, the credit union’s charter expanded past the Navy and Marines to include the Army, Air Force and DoD civilians’ contractor family members, making it the world’s largest credit union with more than seven million members. It added 1.2 million in 2016 alone and supports a workforce of 15,000 people.

Fitzco’s “Stories” campaign for Navy Federal debuted in 2011. The integrated effort has carved out a unique space for the brand by highlighting military members through relatable moments showing their “civilian” lives.

Adoue replaces Pam Piligian, a 21-year Fitzco vet and Executive Team member who has taken the role of SVP of Marketing at Navy Federal Credit Union. Piligian was council vice chair of the 4A’s while at Fitzco, and she served a wide range of agency clients including Southern Company, Time Warner Cable, Durex, Panasonic, QUIKRETE, TVA, and Black+Decker.