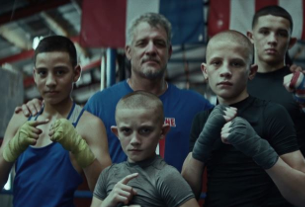 In its latest ad effort “Gym Rats,” Synovus Bank proves it’s the “bank of here” by taking the ultimate back seat to Hurricane Boxing Gym, a local non-profit that reaches out to at-risk youth in Tampa Bay: It’s so involved in the community, the commercial doesn’t even bear the bank’s name.

The thoughtful 60-second PSA by advertising agency Fitzgerald & Co (Fitzco.) features glimpses of young gym members as they train with Hurricane owner Will Velez. “Gym rats—that’s what they call us. At first I didn’t like it,” one member says in a monologue that ends with the realising that “Rats survive; they take care of their own. I’m cool with being a gym rat.”

The PSA, which is intended to increase awareness in the Tampa community for Hurricane and its mission, tags with “This ring builds champions.” It is airing now on local network TV affiliates and online and will run for a year.

Synovus fell in love with Hurricane Boxing after learning about the gym’s cause in 2015. In a retail promotion, the gym was one of the bank’s new checking account customers that received $200.00 to invest back into their communities and small businesses. It’s been a passion project for the Synovus and Fitzco teams ever since.

Previous Synovus campaigns have espoused the good-natured character of Southern communities, and in their recent Super Bowl spots did so with a comic flair.