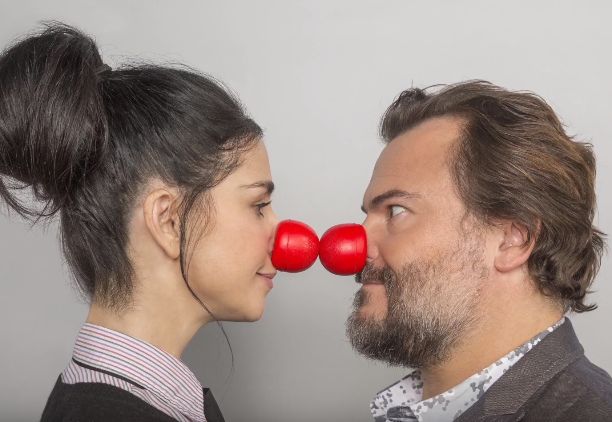 Red Nose Day was launched in the US in 2015 dedicated to ending child poverty, one nose at a time. Fitzco’s “Nose to Nose” campaign is the latest tool to help Red Nose Day achieve its awareness and fundraising goals. It’s the simple act of two people touching Red Noses in a fun, light way, to create shareable social content and raise money for children in need.

“Nose to Nose” encourages supporters to buy two Red Noses from Walgreens - the exclusive retailer of the campaign’s now iconic symbol - find a friend and make a video or selfie of themselves touching Red Noses. When sharing the images on social media, they let everyone know they made a donation at RedNoseDay.org, and then challenge two more friends to go Nose to Nose.

“We know how successful a fun shareable fundraising campaign can be,” said Noel Cottrell CCO, of Fitzco. “We’re really hoping that this simple device of two people touching Red Noses, paired with the nudge of celebrity, could see awareness increase for this important initiative.”

“We are thrilled and thankful for Fitzco working with us pro-bono to use their creative firepower in our mission to end child poverty,” said Mary Corigliano, SVP Brand Marketing and Digital at Comic Relief USA, the non-profit behind the Red Nose Day campaign. “The simple act of going Nose to Nose has been a powerful branding and awareness tool.  It is a fun way to raise money and awareness for Red Nose Day this year and hopefully into the future.”

Red Nose Day harnesses the power of entertainment to raise money and awareness for children living in poverty. The campaign raised over $100 million in its first three years, positively impacting over 8.3 million children in all 50 states, Puerto Rico and some of the poorest communities in Latin America, Africa and Asia. Globally, Red Nose Day has raised more than $1 billion since its launch 30 years ago in the U.K., in 1988. Red Nose Day was created by Oscar-nominated and Emmy Award-winning writer-director Richard Curtis, (“Love Actually,” “Four Weddings and a Funeral,” “Notting Hill”).