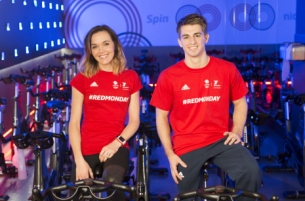 Fitness First launched ‘Red Monday’ yesterday for the second year running – a nationwide campaign urging Brits to beat the blues on the most depressing day of the year, with an endorphin-boosting ‘Fitness Reconfigured’ experience.

For Londoners, Fitness First’s PR agency Halpern has devised a tweet-to-ride free taxi service to the gym with Olympic athletes Victoria Pendleton and Max Whitlock – who will sit in the back with gym-goers, sharing tailored motivational advice and fitness tips. 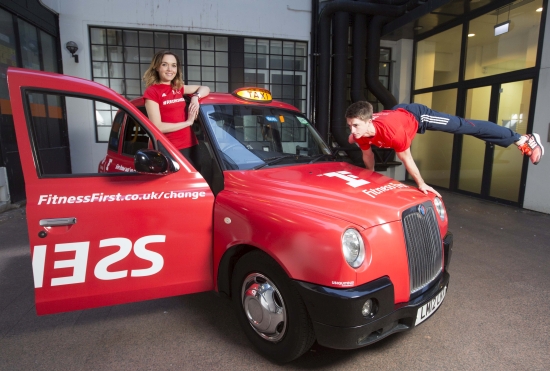 These mood-boost-mobiles were available to order by tweeting #RedMondayFF, transporting gym-goers to key Fitness First clubs in Bishopsgate, The Strand and Tottenham Court Road.

Clare Woodford, Director at Halpern, said: “Last year, we partnered with Victoria Pendleton to create a hugely successful pro-cycling class for Red Monday, which attracted 3,000 new people into Fitness First clubs to exercise for the first time on the day of campaign launch. Based on new insights, the Fitness First gym experience has been adapted to encourage intrinsic motivation within individuals, and to support this, we’re offering the nation free motivational advice and workout tips from Britain's Olympic heroes.”

Max Whitlock, Olympic gymnast, said: “When I ask my friends they say getting to the gym can be the hardest part of any workout, especially during the winter. I love the idea of Fitness First cabs, which will make the journey easier for a lucky few. Get tweeting as you never know, catching this cab with me might just lead to a brand new you.” 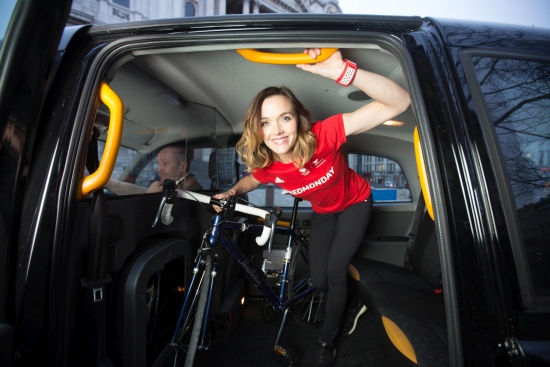 Martin Seibold, Managing Director of Fitness First UK comments: “We have always said that people motivate people, and that a comfortable environment is crucial to break down the barriers that stop people from exercising. We hope Fitness First’s Red Monday activity, alongside our expert teams, will shine a light on what Fitness First can do for the British public and we look forward to welcoming everyone, no matter what their goals are, or current state of fitness.”

The theory of Blue Monday dates back to 2005, when UK psychologist Cliff Arnall created a formula to calculate the most miserable day of the year. Lack of sunshine, holiday debt, failed New Year’s resolutions and minimal motivational levels result in being at our most depressed and least active on the third Monday of January.