Gender Equality and salary transparency, more women in senior positions, the same career opportunities as for men, ensuring that creativity and competence are gender-free are some changes indicated by women in the #OnWomen’sSide survey 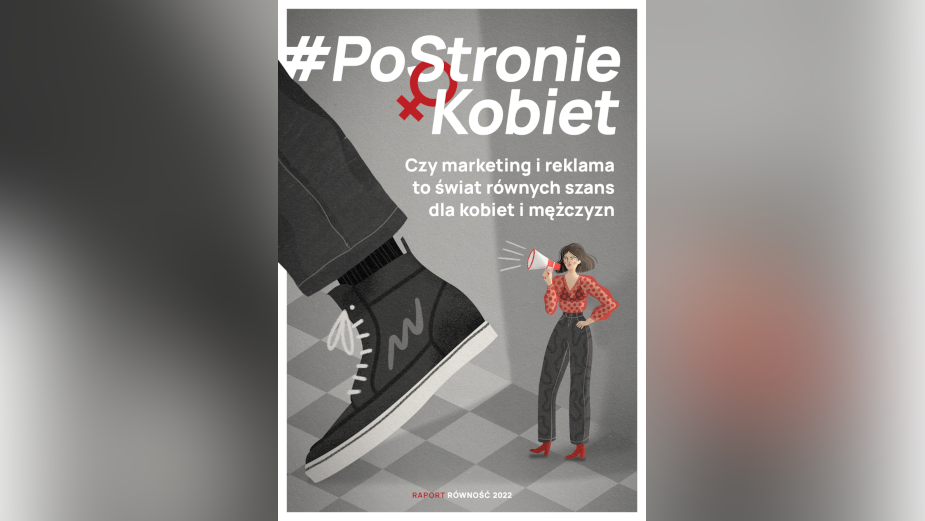 Although women are in the majority in the Polish Ad World, they tend to stand in the backstage. Women are not given as many professional opportunities as men. Despite the fact that women (87%) and men (91%) almost agree that they have knowledge and competence on more or less the same level, women are rarely leaders or experts. In statistics, it looks the following:

In the detailed interviews, women said that they were far rarely positioned as leaders, project-owners or representatives, presenting the final results of a teamwork. As they say, they usually lead the project only to a certain stage, remain as anonymous performers and 'gain no applause' when the project or presentation is successful. Nevertheless the access to prestigious work and projects is very essential to them. Women don't want to be 'cut off' from their own accomplishments and they want to handle tasks more important than taking meeting notes. In the survey, women gave a clear signal that they expect this situation to be changed:

It is reasonable then, that 58% of women who participated in the #OnWomen'sSide survey, believe that men's voices and opinions matter more in the world of marketing and advertising. Women - with the exception of marketing departments - are heavily underrepresented in the corporate management and, according to the majority of survey respondents (63 percent), it's more often men, who have the chance for promotion. Contrary, men (61 percent) believe, that promotion opportunities are not gender-specific. However, the 'career steps' usually breaks down for women, most often after they reach a middle position. Women constantly  have to prove their competence, comparing to men. Several of the survey respondents suggested that implementing of a special parities in company management and boards would be advisable - while so far, it has  been introduced in very few companies. But how to reform the work environment if we do not perform any manager's roles? - women asked rhetorically. Such a goal - increasing the participation of women in companies management - has been set, for example, by the advertising and marketing branch in the UK, with the aim to have 40% of women in senior positions.

The problem of discrimination at work also mainly affects women. Men (64%) are less likely to experience unequal treatment; moreover, most of them (63%) do not notice the problem of discrimination against women at work. What is striking in this context - only 20% of women declare that they do not face such situations at all. In interviews women claimed that they experience patronising treatment, and when they firmly express their opinion they even hear that they are too nervous or emotional. In addition, they are less likely to feel supported by their colleagues and managers. Women admit that, as a result, they are more likely to refrain from asking for increase of salary, promotion, or simply having a chance to grow. As the report shows, women are more likely to have their competence and authority questioned, compared to men. Women are particularly sensitive  to equal treatment.

When asked about the examples of specific situations, the responses were the following:

Although this report revealed some progress on equal treatment - eg. the fact that women's participation in company boards has been slowly increasing - women working in advertising and marketing are still stumbling over the remnants of patriarchy:

It was also revealed that the pandemic time has slowed down women's professional development. Nearly one-third (28%) of respondents stated, that the pandemic has negatively affected their situation in the company. Due to the work overload combined with the household duties, women complain about exhaustion, which leads to giving up their professional plans and dreams. The phenomenon of professional burnout among women is also increasing - some of them even reported a depression. Women, on average, spend more time on unpaid work (household duties and care for children or other relatives). Moreover, unlike men, they are less likely to choose between work and non-work responsibilities. As one of our interviewees pointed out: for woman is a must; for men - a matter of choice.

Some women even claim that they are being punished for their maternity - a phenomenon of lowering their salaries and promotions, even when they try to be the perfect employees. Being overloaded by unpaid work, they also have limited access to additional, prestigious or developmental projects (e.g. participating in professional competitions, enabling women to build themselves or their own brand):

The #OnWomen'sSide survey results are also a real examination for those companies which claim equality and diversity as their core values. Below are the thought-provoking statistics:

one-third of respondents can not imagine working in the advertising and marketing branch until their retirement (more often these are men - 44% ); the same percentage hesitates - there are women who hesitate more often - 39% ).

The more transparent, more diverse and inclusive workplaces can keep talented people in the advertising and marketing branch. In addition to the research findings, women, as well as their allies or company leaders, can find in the report the arguments to change this unsatisfactory state. They could compare their engagement towards equality, to the situation in other markets around the world. Many tips and solutions, which have already been implemented in other countries, could help to reduce discrimination at work - e.g. to eliminate the gender pay gap, support professional development of women and increase their participation in company boards.

Experts from Meta, Gazeta.pl, RocketJobs.pl and EACA also shared their experiences. The authors of this report hope that it will help to fill the system's gaps: - Many of these equality practices are already working effectively, and not only in the advertising  and marketing branch. It's also about everyday practice that can be changed immediately - such as microaggressions, sexist comments, mansplaining - the authors point out, and in the report they show evidence that favouring women is really beneficial for all. For example, the Potential Project study proofs, that women leaders, having their greater employee engagement, help to save for their companies $1.43 million for every 1,000 employees.- It is priceless at the time when the world is still running towards an unclear future - there's war in Ukraine, growing inflation and the Great Resignation is pushing companies to attract talented employees. Many consider 2022 as the most difficult year in the history of running business; even more difficult than 2020, when a pandemic came. Thanks to the survey study, we know more about what we can do together, but it's also part of a broader project of education and development -  the report's authors emphasise. They also plan to organise the advertising and marketing branch debate, to develop the good practices on equality.

The report, which can be downloaded from the website, contains much more interesting, sometimes even surprising information, and the questionnaire allows everyone to share their observations and experiences.