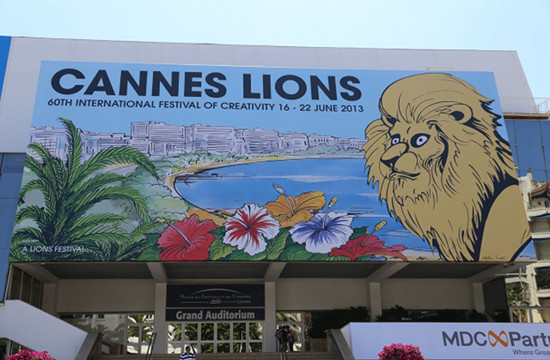 Celebrating its 60th year, Cannes Lions has held the first of its four awards ceremonies which saw the winners of the Creative Effectiveness, Direct, PR and Promo & Activation Lions categories announced to a packed auditorium.

The Promo & Activation Grand Prix was taken by Ogilvy Brasil, for their entry ‘Immortal Fans’, created for football club Sport Club Recife. The jury looked at 2974 entries before arriving at a shortlist of 265. Rob Schwartz, Global Creative President, TBWA\Worldwide, headed the jury which went on to award 18 gold, 32 silver and 44 bronze trophies.

Anyone who hasn’t made it to the Festival can tune into Lions Live, where once a day a seminar will be streamed live across the globe. The general public have voted to choose the seminar which will go live each day, with tomorrow’s seminar coming from Leo Burnett and Contagious. The seminars can be viewed and further information found at www.youtube.com/canneslions. Offering exclusive interviews, seminar clips and daily highlights from across the Festival, Cannes Lions TV is updated every day with the first of the highlights videos now available to view at http://www.youtube.com/watch?v=krxDYvApK2A.

The Game Changers Exhibition officially opened its doors on Saturday to both delegates and the general public. Celebrating the campaigns that have changed the brand communications industry forever, the exhibition showcases the ads and creativity that have altered the shape of advertising. Other exhibitions at the Festival include a retrospective look at 60 years of Cannes Lions, featuring programmes, press releases and other memorabilia from across the decades, as well as exhibitions of the shortlisted and winning work as and when they are announced.

The Cannes Lions International Festival of Creativity is currently taking place in Cannes, France and is being attended by close to 12,000 delegates. The winning work from tonight’s awards will be available to view on www.canneslions.com from tomorrow.