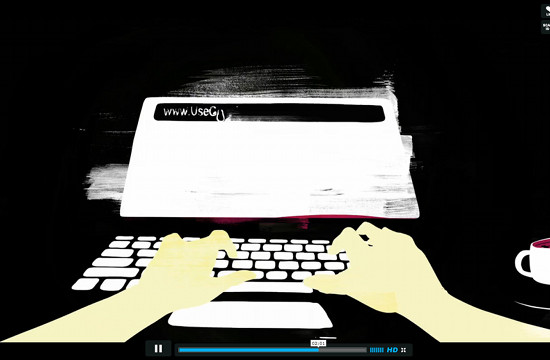 An animated short for the online bookseller Good Books, with music by Antfood in New York, took the Best of Show at the inaugural AMP Awards for Music and Sound last night. The awards, sponsored by the Association of Music Publishers, recognizes achievement in music for advertising, branding and media.  The winning piece, which runs 2:45 in length, is a stream of consciousness tour de force produced by Buck for the web site that sells books and donates the proceeds to charity.

To view the Best of Show winner, click here.

Other highlights from last night’s packed-house awards show at 82 Mercer, part of the 2013 Creative Week festival, included double winners for Human and for Blast.

Human won AMP Awards for Best Original Score for its “Manny” spot for Hennessy and Outstanding Adaptation for “Toy Car World” for Google Fiber.  Blast won AMP Awards for Best Sound Design and Outstanding Mix for “One Block” for Sony Xperia. The “Metamorphosis” Best of Show winner also shared the trophy in the Best Use of Music / Sound for Web or Interactive Branding category.

Another highlight of the evening was the first induction into the Association of Music Producers Hall of Fame. The brands inducted last night were The Coca-Cola Company and McDonald’s Corporation.

Before presenting the awards, Tim Castelli, President of National Sales & Marketing for AMP Awards sponsor Clear Channel Media, played a montage of both great radio jingles and excerpts from great music-driven TV spots for both the Coke and McDonald’s brands.

“The Hall of Fame brands we’re thrilled to honor tonight have literally sung their way into our consciousness and our hearts, practically since we were born,” Castelli said.  “And they’ve done it with such style and freshness that they’ve won us over, again and again.”

AMP President and Co-Founder and Creative Director of Comma Music Larry Pecorella said, “At AMP, we like to say ‘It’s amazing what you can SEE with your ears,’ because music and sound are the part of every broadcast message that tells you how to feel. If you turn your head away from the screen, you don’t see a thing, but you hear everything. And that’s why we’re here to recognize and honor excellence in the sonic art and craft tonight.”

The event was emceed by radio personality Jim Kerr from New York’s Q104.3, and included performances by such artists as Paloma Faith, Caveman and Quadron, along with DJ’ing from David and Robert Perlick-Molinari of French Horn Rebellion and Deidre Muro and Paul Hammer from indie pop band Savoir Adore.

For more information on the Association of Music Producers, visit their web site here: http://www.ampnow.com/.