Festival kicks off in Lisbon 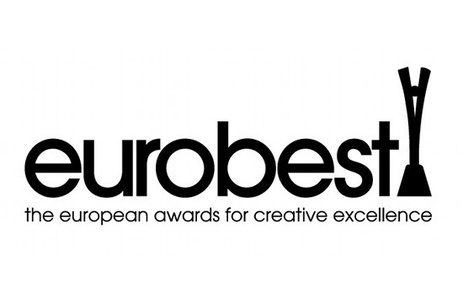 The Eurobest Festival of Creativity, Europe’s leading annual Festival and Awards for creativity in communications, has opened its doors and released the first of the shortlisted work for 2013.

95 jury members are currently in Lisbon to judge the 4715 entries that were received across all 15 categories. 13 shortlists have now been released for the Film, Print, Print & Poster Craft, Outdoor, Radio, Direct, Promo & Activation, Media, Mobile, Interactive, Design, PR and Branded Content & Entertainment categories. The shortlisted work is currently being exhibited and screened at the Cinema São Jorge in Lisbon, home to the 2013 Festival. The juries are now deliberating and debating over the shortlists to decide on those entries worthy enough to take home a Eurobest trophy.

The Festival opened earlier today and the outstanding line-up of content, themed around creative bravery, got underway. William Rowe, Founder and CEO of Protein, kicked off the programme with his seminar ‘Generation Fail – What Taking Risks Really Means to Gen Y and the Millennial Youth’. A further 11 seminars are following throughout the day, with sessions that include Mark Hogarth, Creative Director at Harris Tweed, discussing the eclectic and universal brand; Rodney Collins sharing findings from the latest research study to come out of McCann Truth Central; comedian Katherine Ryan in discussion with Digitas LBi about building loyal, engaged audiences through YouTube channels; James Kirkham and Jonathan Fraser of Holler explore what planners can learn from stand-up comedians; and Juliet Haygarth of Brothers & Sisters held a session ‘Preparing your client for the zombie apocalypse’.

Elsewhere, 17 teams of Young Creative competitors now have two days to create an eye catching integrated campaign based on a brief set by a charity that will impress the dedicated jury when they come to present to them on Friday. The winners of the competition will be announced during the official Awards Ceremony.

The first day will be brought to a close with a special night of networking seeing delegates invited to Mad Sound at the Hard Rock Café. The much-loved event returns to Eurobest bringing musical acts from Lisbon’s agencies to the stage.

Anyone wishing to keep up to date with events at Eurobest as well as viewing the shortlists, photos and interviews from the Festival, can visit the official website, www.eurobest.com.