Awards and Events 384 1 Add to collection 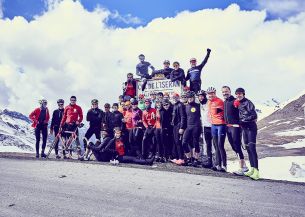 As always, there are some very poignant stories behind FireFlies decisions to ride on the Tour and this year is no different in everyone's fight for #fuckcancer.

Every bit of courage and strength was needed to complete the Stage to honour personal tributes and sponsorships.

The ascent of Col D'Iseran was fantastic as it's so often closed by snow & bad weather and the FireFlies haven't been able to attempt it since 2011.

But this year the pass had been cleared and our Sweet 16th jockeys triumphed over one of the highest points of the Tour (2,764m) with it's amazing snow-capped vistas. 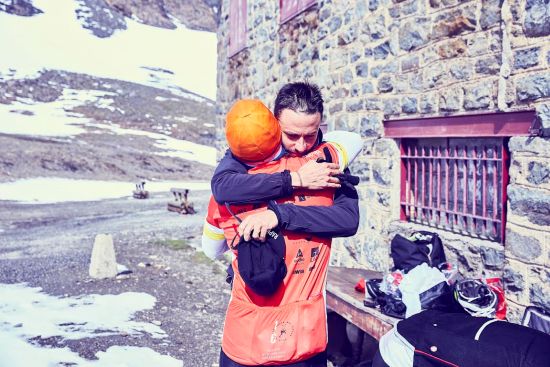 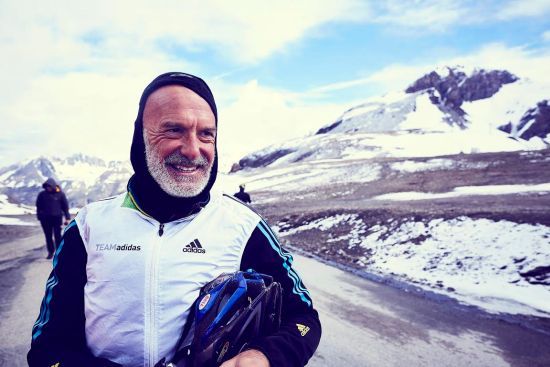 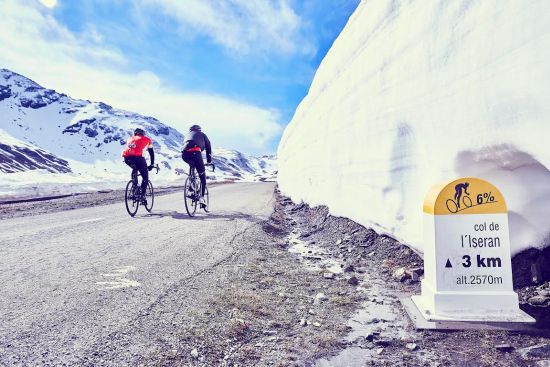 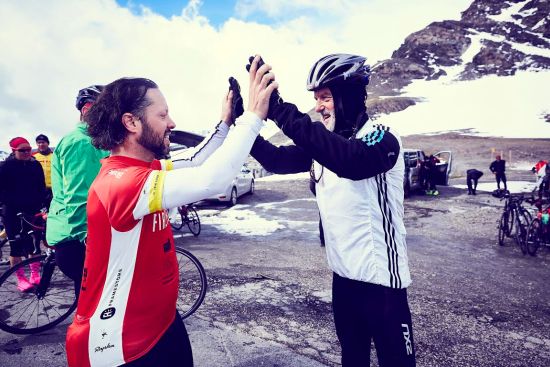 As 2004 rider James Brooke-Partridge (Ogilvy Asia Pacific, @jamesedbp) Instagrammed: "I have some memories of that mountain with @lukesheybeler who pulled me up what is still the most difficult climb I've ever done."

There were also faint traces of old FireFlies road and wall paintings from that Tour.

A downhill descent followed the triumph, through the towns of Boneval and Modane, to a picnic lunch-stop to re-charge for the two massive afternoon ascents.

On the way to the foot of Col de Telegraphe there was a short enforced rest allowing a team to race through with its support cars and convoy.

Then came the winding and relentless climb up Col de Télégraphe, where our jockeys not only had to battle the incline but the constant assault from the motorbike chapters and other Saturday trippers.  The ascent is over 11.8km long and over this distance they climbed 856 height metres, with an average percentage incline of 7.3.

All the riders were up in under 90 minutes! 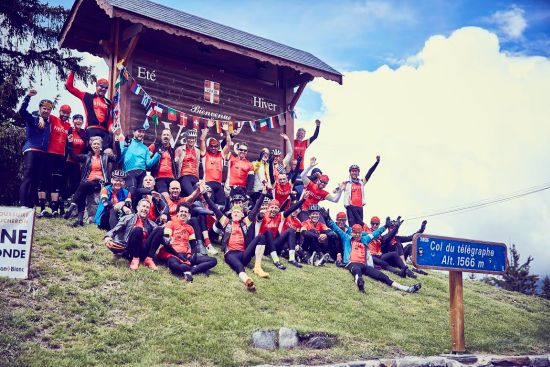 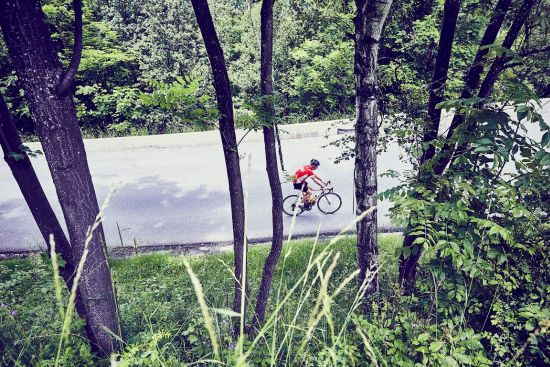 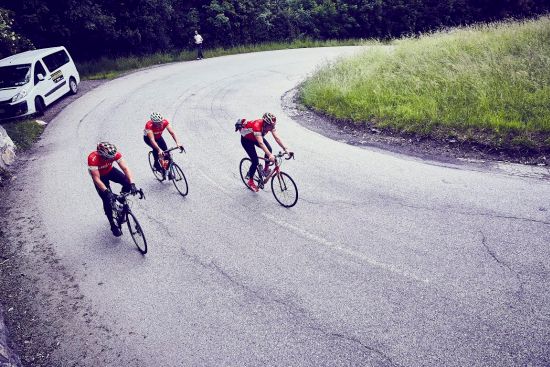 Epic cycling, but the day was far from over ....

Next up, after only a short descent was the epic Col du Galibier, famous for its exposed winding climb and weather which can change from sunny to hostile in minutes.

As they climbed the temperature dropped significantly and the car headlights came on as the mist descended.  Most of the jockeys struggled but no one gave up and everyone reached the frozen summit as the weather closed in.

The Tour moved fast to get everyone down to the warmth and safety of the nearest cafe with dressing gowns and hot chocolate, some cycled padded with aluminium blankets and frozen extremities. 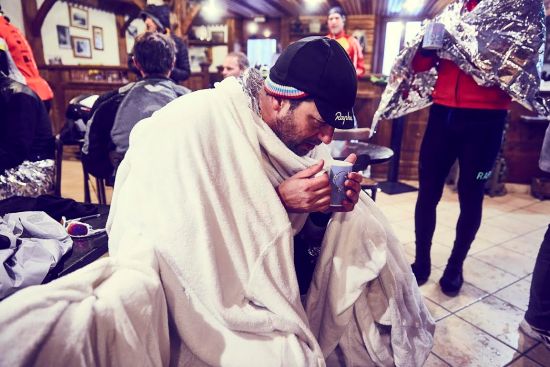 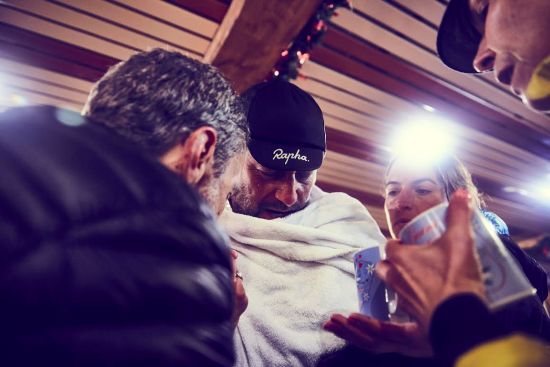 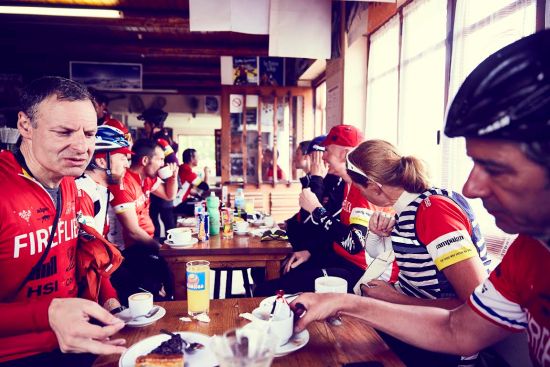 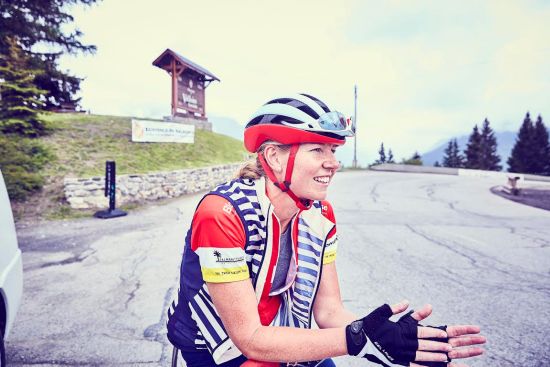 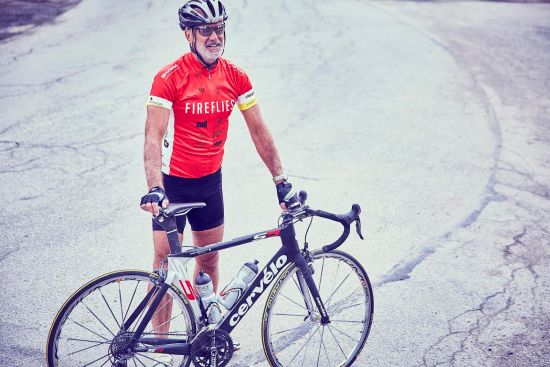 The Tour completed their descent to La Grave, with everyone showing enormous bravery and resilience to achieve the summit (2,642m) of Col du Galibier, which is one of the most famous points of the Tour de France.

Only a few people could achieve this amazing tribute to those who suffer - these FireFlies are really something else!

Please support their efforts with your sponsorship, no matter how small. 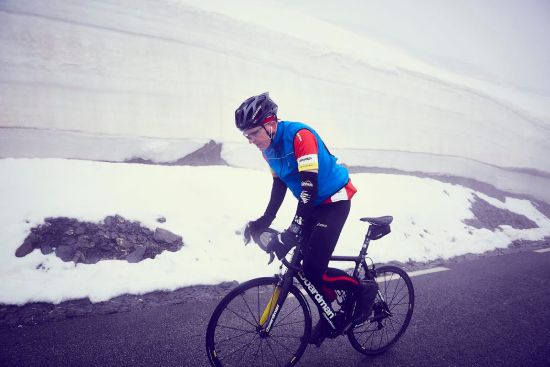 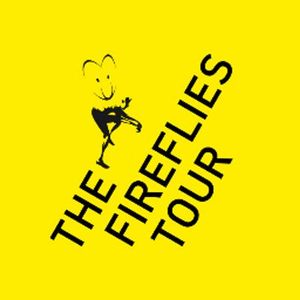 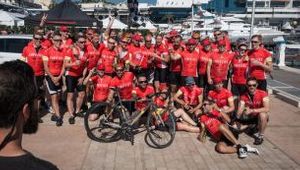 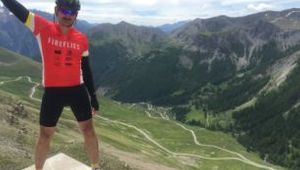 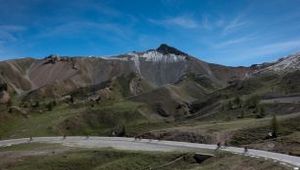 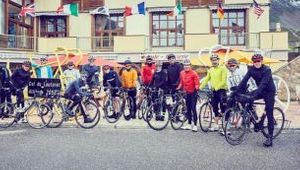 FireFlies 2016 Stage 4: No Rest for the Wheels
View all News 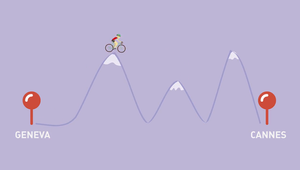 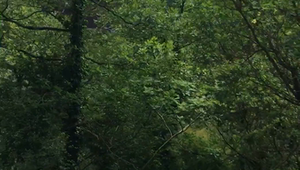 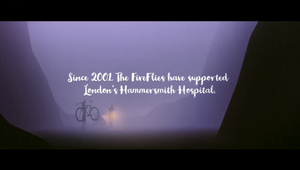