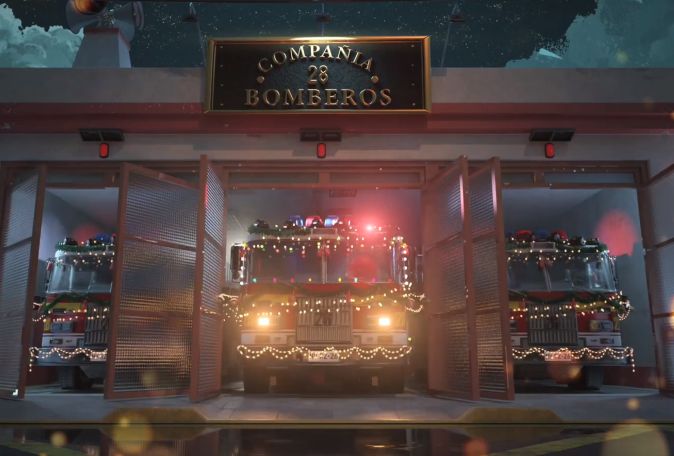 Christmas is generally associated with snow, the cold, and gathering around an open fire with your family. However, in the southern hemisphere it's the opposite - it's the beginning of the summer season, where fire poses a real danger.

To highlight the work of firefighters, Chilean department store Ripley and McCann Santiago paid tribute to all those who give their service to others, especially on Christmas Eve, through an animated short film produced by PUNKROBOT.

“Firemen in Chile are something special. They are volunteers. And in a season where their duty is so important for the country, we wanted to point out by their example, the individual sacrifice that each of them give up for society,” says Jose Ignacio Solari, McCann Santiago CCO.

Through a three-minute animated short film produced by Academy Award winners, PUNKROBOT (Story of a Bear), it was possible to tell the story created by McCann Santiago about the Alegría (happiness in English) family and their interrupted celebration of Christmas Eve because the father Gaspar is called on the 24th December night of duty.

“We decided to make magic happen this Christmas,” adds Pilar Barriga, marketing manager at Ripley. “Through a 360 campaign, we worked with Facebook to bring a message to Chilean and Peruvian families that revives and emphasises social values and the vocation to serve all the people who help us around those dates."