TBWA\Helsinki takes aim at 'Snapchat dysmorphia' with ads for Demi 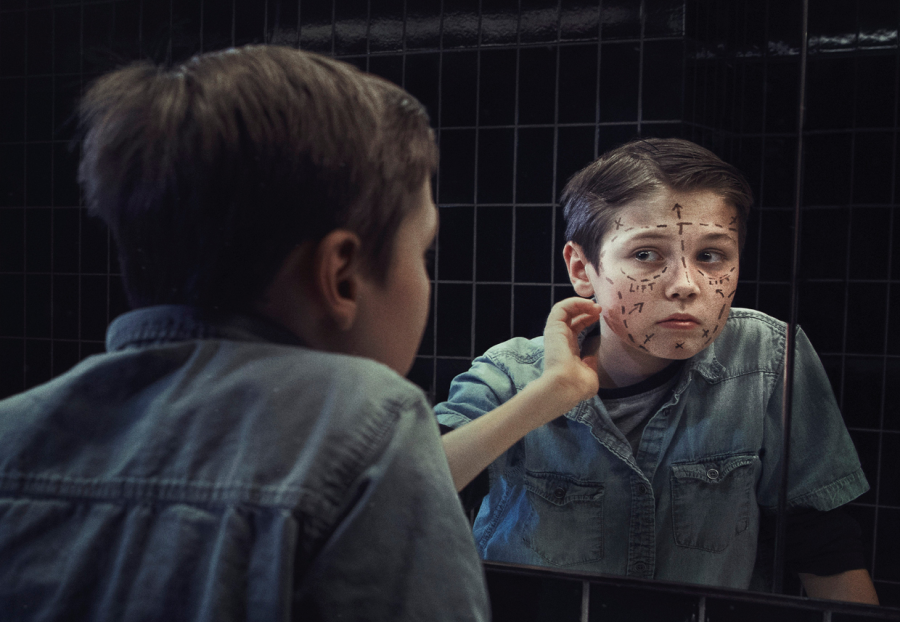 A campaign made by TBWA\Helsinki features two powerful images of young people looking in the mirror and seeing things they think should be improved in their own appearance.

Problems with self-esteem and self-acceptance are beginning to be more common in younger people than ever before. Social media and its many beauty filters distort the self-image of children and young people. Media has the power to influence the current standards of beauty – either by adding the pressure to look a certain way or alleviating it.

Finnish young people’s media Demi launches a campaign in the hopes of opening a conversation regarding the pressure of the many beauty standards teenagers have to face.

“As a young people’s media, we are very aware of media’s influence in shaping what is considered to be beautiful. That’s why we represent real people instead of models in our media outlets. Not to mention, that there are so many other important topics besides beauty to talk about,” says the editor in chief of Demi, Päivi Lehtomurto. 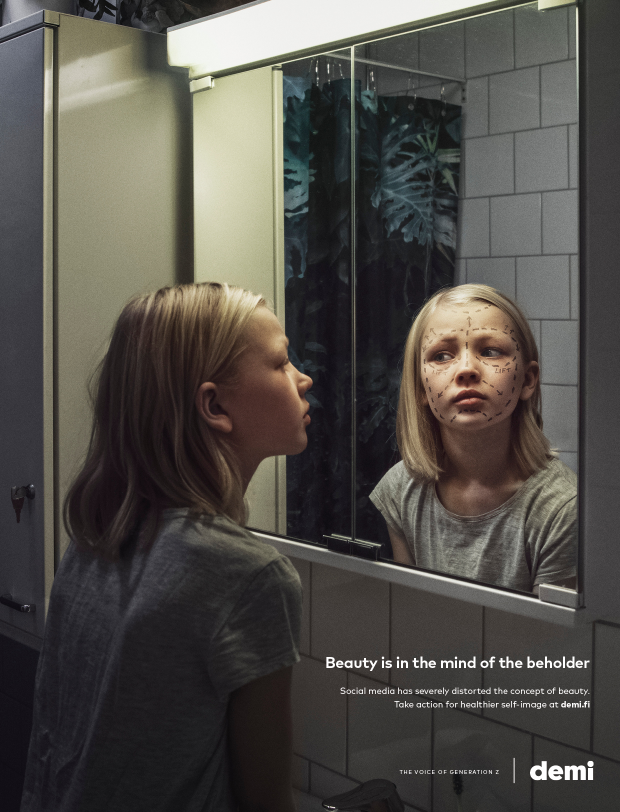 The images of the campaign feature both a young boy and a girl looking in the mirror and seeing things they shouldn’t – marks for cosmetic surgery. Dramatisation stems from real life: because of the so called ‘Snapchat dysmorphia’, even Instagram has announced the removal of all selfie filters imitating the results of cosmetic surgeries.

The photoshoot was done together with Tuukka Koski from Koski Syväri Agency. Kasimir Häiväoja from FLC Helsinki carried out the post-processing.

“Traditionally images like these are shot in a controlled studio environment and the photos edited in post-processing to look plastic-like. The viewer recognises it easily as advertising – something that is not necessarily true. That’s why we tried to create realistic, yet dramatic, real-life looking photography for the viewer to identify better with the people in the images,” explains the creative director of TBWA\Helsinki, Erno Reinikainen.

The campaign is being showcased in print, online and out-of-home advertising spaces during the first part of the year.