Finnish Agency Trusts Its Competitor to Make Its Ad

Sherpa tasked TBWA\Helsinki with designing an ad that would run in Finland’s biggest business newspaper, without being able to see it beforehand 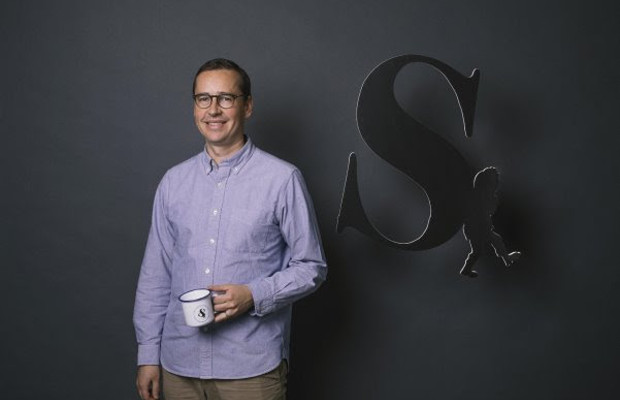 A Finnish marketing agency Sherpa has done something so unusual that it might just be the boldest marketing act of all time. Sherpa has reserved the front page of the biggest business newspaper in Finland and given its biggest competitor, TBWA\Helsinki, a free hand to design its ad without being able to see it beforehand.

Sherpa is celebrating its 10th birthday, and to celebrate, it’s doing brand actions that proclaim the values leading to its growth: courage and faith.

Tommi Kortesniemi, the creative director and the founding partner of Sherpa, said: “Even though we are competing with TBWA\Helsinki about the same clients, the unnecessary confrontation between agencies doesn’t fit our way of thinking. We want to celebrate our ten-year journey by building new bridges for the entire field of marketing.”

Sherpa still hasn’t got any idea of what its front-page ad will look like. As the team there won’t be part of the process in any way, they will only get to see their ad once it’s been published on Tuesday, October 22nd on the front page of Kauppalehti.

Tommi added: “Obviously, we could have created Sherpa’s marketing ourselves, but how is that brave? Some will certainly think that giving the reputation of our company into the hands of a competitor is crazy instead of bold but that’s what makes this project inspiring.”

Jyrki Poutanen, the chief creative officer of TBWA\Helsinki, stated: “Exceptional might be too mild of a word to describe this assignment – extraordinary is closer to reality. To be honest, it took us a while to digest that our competitor really just hired us to be responsible for their facade. The brief was brave and funny, nonetheless. It’s always great to be involved in unordinary and convention-breaking projects.

“This was an immense expression of trust towards us. It goes without saying that we are going to do our best to respect the unconventional boldness of Sherpa. Naturally, Sherpa has more at stake, but we also have a lot on our plate here. The reputation of our talented and respected colleagues at Sherpa is now on our responsibility.” 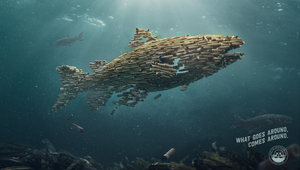 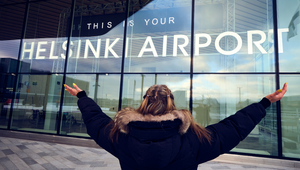 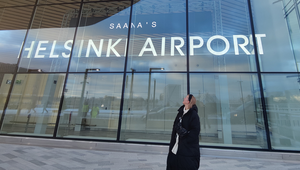