Finish Rebrands as Freefolk Ahead of US Expansion 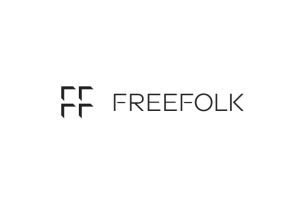 When London-based post production company Finish recently broadened the scope of its offerings with the acquisition of VFX/CGI specialists Realise Studios, it planted its flag into visionary territory. The expansion set off a chain of events which inspired Finish founders Jason Watts and Justine White to bestow the company with a new name: Freefolk. The rebranding comes in step with a thrillingly global perspective as the new entity of Freefolk heads across the pond to open its first New York office, coming soon.

The evolution to Freefolk clarifies an important aspect of the union between Finish and Realise: this is an entirely new chapter.  Over the past 12 years, the people behind Freefolk - led by Creative Director Jason Watts and Managing Director Justine White, Executive Produer Fi Kilroe, former Realise Studio head Paul Simpson, and award-winning colourist Paul Harrison - have been recognised as the industry’s leading talent for services spanning colour grading, 2D & 3D visual effects, shoot supervision, animation and direction of special projects. The acquisition of Realise Studios in 2016 expanded Freefolk’s creative output to include CGI and VFX in long-form content for TV, feature films & VR, and adding to their already established commercials work.

Growing over multiple locations internationally in addition to diving into its UK home base is a perfect example of the company’s non-conformist attitude put into action. Freefolk will uphold the Finish standard of personalised, bespoke service and high-end quality that has given the London office its current following as it enters into the American market.

“Our value is in the consistent, top-level service and unique atmosphere that we provide our clients. It’s simply the way we are,” explains Jason Watts. “The name Freefolk embodies the ethos that we are the antidote to an industry that is gradually turning more and more corporate. We have always been an independent, creative owner-managed studio and we are determined to retain the egalitarian spirit that sets us apart.”

The team at Freefolk prides itself on turning the old adage on its head, proving that nice guys and gals can finish first. Their brand of boutique service and level of creative innovation has led to British Arrows, LIAA and D&AD Awards, along with being consistently ranked among Televisual’s annual report of the Top Commercial Post Houses. Finish was recently shortlisted as a contender to win VFX Company of the Year for 2016 by Shots, hot off Paul Harrison’s UKMVA nomination for Best Colour Grade for Miike Snow's “Genghis Khan.” The crew also scooped up three Kinsale Shark Awards last month in the categories of Best VFX, Best Colour Grade and Best Graphics. 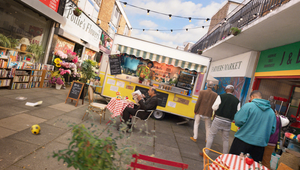