Lifted from role of Senior Flame Artist and VFX Supervisor 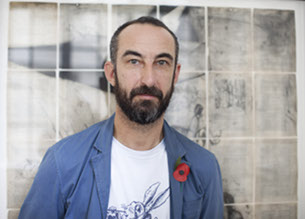 Joining Finish in 2004, Steve brought incredible skill and craftsmanship to all the projects he works on including commercials for directors Rob Leggatt, Guy Manwaring, Simon Ratigan and Ninian Doff. As the company has grown over the years it’s become apparent that Steve is the right person to oversee the growing 2D team, it’s output and facilitate greater communication with the other departments at Finish.

“I am extremely honoured and very excited by my new role at Finish” says Steve, “With new advancements, particularly in collaborative workflows, compositing is going through a bit of a revolution at the moment and I look forward to the challenge of integrating these significant changes here at Finish.”

Finish Founder & CD Jason Watts explains, "Much of the work we do at Finish is highly concerted and Steve will often be given the most complex shots on a job, because of his visual intelligence and artistic ability to make things look as good as they possibly can. I am thrilled to see Steve elevated to a justly deserved position.”

Steve has been working in the visual effects industry for 20 years. Starting at The Mill commercials he worked on some of the era’s seminal music videos working with the likes of Chris Cunningham and Jake Scott for artists such as The Eels, U2, Portishead and Madonna, moving into The Mill Film in 2001, where he worked on Ridley Scott’s Oscar winning Gladiator. He also did stints at Framestore on Harry Potter, Das Werk and Cinesite. 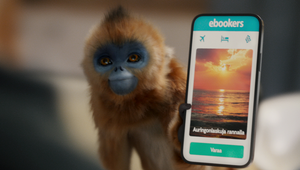