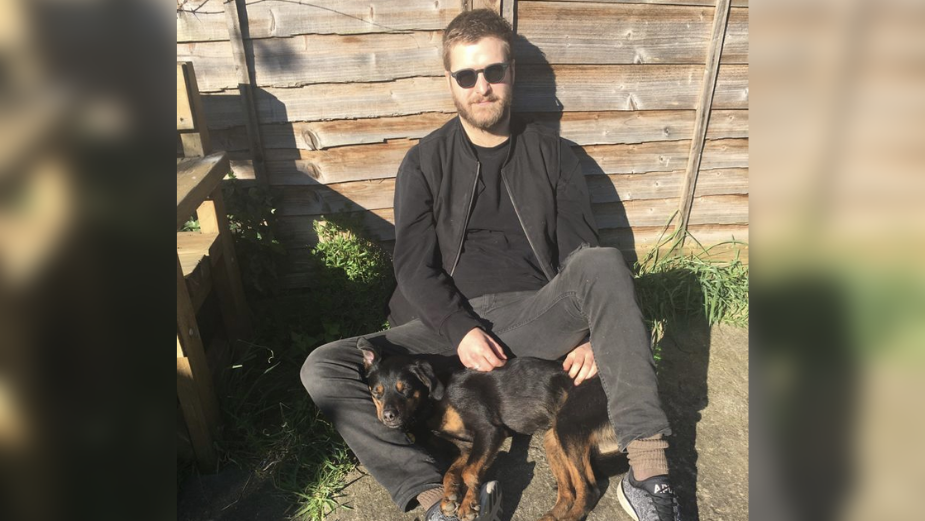 Born and raised in Sheffield, Joe Walton moved to London to study editing and post production at Ravensbourne University.  He began his editorial career while still in school, joining Whitehouse Post in 2012 as a runner, where he moved swiftly through the ranks to become a senior cutting assistant. In 2016, Walton relocated to Amsterdam to accept a role as lead editor at Wieden+Kennedy. He returned to Whitehouse Post as an editor in June 2019.

Walton has worked with highly respected directors like Reynald Gresset, Bruce Hunt, Mackenzie Sheppard and Morgan Maassen, for top brands including Nike, Corona, Uber, Ford, and Facebook. In addition to commercial work, Walton has edited multiple short form pieces and documentaries including the mini documentary “Johanna,” directed by Ian Derry it was featured on National Geographic where it received over 75 million hits.

Joe> It always starts with a conversation with the director and or the creative team, this is crucial to gain an understanding of the mood and feel of the film. Then, once I have the footage, I always like to listen to music when I start selecting. I usually create a playlist per job and drop songs in there that make me feel something when I’m watching the footage through. I can then come back to those songs and see if they work when I start assembling the film.

Joe> I think this feeling in terms of emotion and mood is something that is completely natural and unique to each person. With that said, with more experience you learn to separate what your individual feeling is to something more universal, so hopefully everyone can have some kind of emotional response to the film.

Joe> Simply put, crucial. Without story the audience won’t be engaged with the edit, if the audience isn’t engaged, or doesn’t understand the story; you’re not doing your job right.

Joe> Going back to my original answer, music is so important to me right from the word go in terms of getting a feeling for how the image reacts to different sounds. However, I always think it’s really interesting to take the music off the edit at certain points during a job to see if I am being over-reliant on it to draw emotion, or help tell the story. I have just finished cutting my first feature and the director (quite unusually I think) didn’t want us to use music while assembling the scenes for a long period of time. With hindsight, it was actually really interesting and at times very helpful to do this as we really didn’t rely on music to hit emotional beats, we focussed solely on the dialogue, sound design and the picture editing.

Joe> Every project throws up different creative challenges. I recently worked on a music video with directing duo Rottingdean Bazaar and Annie Collinge for ‘Audiobooks’. This was a really interesting creative process as the concept was so unusual. They printed photographs of the band members out onto meter upon meter of cloth and danced around manipulating them for the camera shooting fully on the iPhone. I wouldn’t say this job was necessarily more challenging than another - but it definitely felt different to your standard performance music video.

Joe> I really enjoy all of my director / editor relationships, and all for different reasons. Feeling comfortable with one another and getting to know how each director likes to work is the first step in this relationship. The more you work together, the more fluid jobs become and I think that shows through the work. If there is a difference in creative opinion, that’s also completely fine. I’m a firm believer in trying everything in the edit, even if your gut tells you it’s not going to be a great idea’ because you don’t know if you don’t try.

Joe> I don’t feel as though the editor should necessarily be restricted to having a creative input solely in the edit. If possible and its right for the director / agency, there should be input right the way through to the sound and post. It’s a collaborative process right the way through from writing, filming, cutting, mixing and grading, if I can have an input and people want to listen, that’s great.

Joe> Not enough footage (but that doesn’t mean leave the camera rolling in between takes)! Edits can often change so much from the original script / boards so having that extra footage to play with can help in that sense. And if you do leave the camera rolling I might find some whips / pans for example that help, or a lucky extra gem of performance.

Joe> I have recently worked on Vashi’s brand campaign ‘Love Stories’. Oliver Duggan the director did an outstanding job directing and it was one of those where the picture flew together so easily. Everything just felt right instantly which is always a nice feeling. We worked closely on it together producing quite a lot of versions, and spending most of the time trying to find the right music. We eventually landed on Mertis John Jr’s ‘Need your love so bad’ (more famously known for Fleetwood Macs version) and recorded the song live at Metropolis Studios with a full band and vocalist. The whole process, from selecting to the song recording was so much fun.

Joe> There's definitely an increase in demand for longer form content as brands try to reach wider audiences online. Naturally this gives you more time to tell your stories which I definitely enjoy.

Joe> I don’t really have any editing heroes as such, but there are definitely some edits that have blown me away. In advertising I always thought John Smith’s Guess Jeans ‘Cheat’ commercial was brilliantly edited, as well as Russel Ickes Nike ‘Tag’ spot. I find it quite difficult to judge editors or editing styles as you don’t know what footage these people had to work with in the first place. They might have had a wealth of footage and it could have been better, or not enough footage and they absolutely saved it and made it watchable!

Joe> Having just completed my first feature film, I can safely say it’s a completely different world. In commercials, you are often trying to tell a story in 15, 30 or 60 seconds. And more often than not, these stories could really do with more than double that time. You learn to be clever in your storytelling, whether its using sound or something similar to cheat your way around the edit while still leaving the audience with that crucial emotional response.

When I started cutting ‘Black Twist’ last summer, I soon realised I was cutting scenes far too quickly; it was just my natural way to do it having worked on commercials for so long. Once I realised this (thankfully quite quickly), I learned the audience doesn’t want to rush along this film, it was a relief to be honest, it felt like a much more honest way of storytelling though you have to keep a weathered eye on it not going too far the other way and become boring!

Joe> There seems to be an increase in jobs becoming faster and maybe more ‘flashy’. I think it is widely observed that our attention spans are dwindling with the social media obsession and often I hear things like ‘we have to communicate the story in the first 6 seconds’. Tying in with that, I guess another big change in recent years would be the amount of deliverables as well as the variety of deliverables with all that social media has brought. There also seems to be tighter and tighter turn arounds which can definitely make jobs more challenging for all involved.