Finely Sliced: Monica Remba on Getting to the Heart of the Story

School Editing's Monica on instinctual editing, cutting to music and her heroes in the field 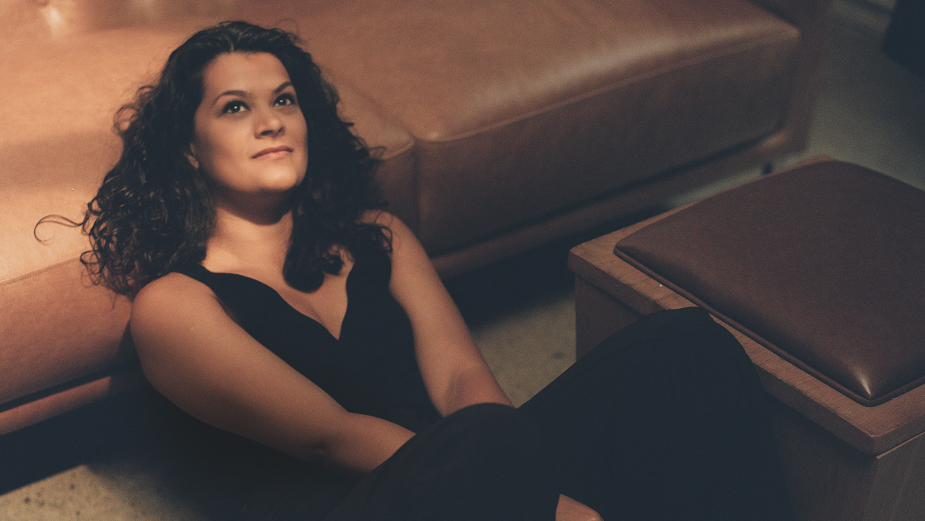 Armed with a perfect balance of imagination, whimsy and technical knowledge Monica has developed a unique editorial style. Known for her keen eye and impeccable sense of timing, Monica has produced breath taking and award-winning work both in the commercial and long format worlds. Based in Toronto with School Editing, she has cut campaigns for clients all over the world. When not editing, you can usually find her strolling around the city, headed for the airport, or in her other happy place, a pilates class resetting that editor’s spine.

Monica> Usually with a large, fresh cup of coffee & music in the background. Taking the time to watch every frame and mark all interesting or unique moments is key. Once I know it all and have a feel for it, I’ve likely formed ideas of things I want to try in addition to the boards. Sometimes there’s magic on the day that enhances the story or mood, that was maybe unexpected and should definitely be built around. I also like speaking with the director at some point during or just after the selecting process to get their take on how they feel things went and what they were liking or hating. It’s nice to have that in mind before starting the first edit.

Monica> Editing has always been more instinctual for me, rather than technical. I tend to follow my gut first and if something makes me react emotionally, it’ll hopefully evoke that same emotion in anyone else watching, and I’ll build from there. I’ve also been fortunate to work with really great directors and creatives over the years that have challenged me to always think differently and I truly believe that constantly collaborating with many creative people helps me grow as a creative editor, rather than a technical one.

I remember being an assistant and an editor telling me that nothing is impossible in post (sorry VFX…but you are all magicians really!). There are limitations, sure, but nothing is truly impossible. So story and mood and pacing should always come first in offline editing. If it comes through there, it’ll only get better through the finishing process.

Monica> Story and emotion are at the heart of it all. It’s what engages a viewer to either relate or be curious enough to invest their time. In terms of mechanics… ‘denouement’ was absolutely one of my favourite words in elementary school and I often hear people refer to the three act structure, but really… stories take so many different shapes. Emotion is king over mechanics. I also believe that if you can break the expectation at the right time in the right way, or build then interrupt a rhythm, that’s what can grab people’s attention and can make you feel.

Monica> I love to cut to music. Finding a killer track and enhancing it with sound design can quickly set a mood and create a unique rhythm for a piece. I love even more when the music feels unexpected but just works with the footage. I also know you can’t rely on music, and oftentimes what I edit to gets changed later, so the visuals and pacing has to hold up on their own.

In visual storytelling work, directors, DOPs and actors tend to naturally create a rhythm on set and when the footage comes my way, it’s a matter of finding, honing in on, and enhancing where the footage wants to go; and then in my favourite pieces, breaking that rhythm occasionally.

Monica> I just finished editing a campaign that was reliant on a lot of mixed media. We had to piece together sourced footage based on the client’s concept and director’s treatment (kind of like a rip video) before the team knew what would be shot and what would be stock or user generated. It was a cart before the horse before the cart, then before the horse again. There were so many submissions, shot footage, and a ton of sourced footage from everywhere. Licensing was our only true limitation. It was such an interesting way to work and forced the entire team to push for the best moments that would still all flow together in it’s own unique way, all while communicating pretty empowering messaging.

LBB>  How important is your relationship with the director and how do you approach difficult conversations when there is a creative difference of opinion?

Monica> Working with a director is super important. They’ve built on a creative team’s concept and my job is to help execute their vision. More often than not I’m helping to post supervise a job from offline to finishing so having a general understanding of what the director wants to achieve is important.

Going from shoot to offline, it’s quite nice being able to step into a project everyone has been living with for so long with fresh eyes and fresh perspective, so I’m not sure I’ve ever had truly difficult conversations on creative differences. I think the easiest way to settle any difference of opinion is to try things. Trial and error is a big part of editing a lot of the time. All ideas are valid and can be built around, it’s just a matter of finding what serves the message and client in the best and most entertaining or insightful way that feels on brand for them.

Monica> Both can be challenging. Not enough footage or not enough coverage is tough because it is always great to have options and angles to work with.  Especially when working to fit a complex story to :30 or :60 seconds. The freedom to cut away when you need it is great. Or if building to a certain climactic moment, it’s nice to have footage to play with there.

Although, sometimes the reverse can be true. Cutting away from a great take or moment that a director has meticulously choreographed, and the actors have executed flawlessly can be distracting and too much material in that case would be unnecessary and could muddy a concept that is already quite strong on its own. So I suppose it depends on the project, but it is always nice to have options to cut to when you need it.

Monica> I’m proud of so many pieces I’ve been a part of. I don’t think I have a favourite but a few that come to mind:

For 'The North', I was handed footage of four years’ worth of the director, Jason Van Bruggen’s expeditions. We didn’t know what it was going to be other than something great. I legit had carte blanche to do whatever. It took a lot of time and experimentation to create that ‘love letter’ if you will to Northern Canada. As it evolved, Jason wrote copy to picture, had the great idea of having a child’s voice for the VO and brought the client, explorer’s club, on board.

In HBC 'Homeiversary' we worked at trying to achieve a complicated balance between reverse slow motion present day shots and emotion-filled flashbacks to the year passed. Playing with timelines can be tricky but it’s also really fun for me, and I’m proud of what we as a team accomplished with that campaign. Also the direction, acting, cinematography and colour are all so beautiful in that one.

Honda 'Africa Twin' and Mark’s 'Well Worn' are two others I love. Both shot doc style more or less, with a tight turnaround, I was really challenged to go with my gut instincts and quickly. Lots of footage to play with, they were fun spots to weave together.

Monica> I think brands are able to embrace longer story-based and narrative content more than before, which is such a treat as an editor. There’s more freedom to just do what’s best for the project. That being said, our attention spans are what they are, and I believe that getting your message across in the best, likely quickest, and most entertaining way is still very important when it comes to any advertisement. If someone loses interest, it’s too easy to click away and on to something else. So holding the audience in place is important, and can make my job a fun challenge.

Monica> The first hero that comes to mind is Jean Marc Vallée (may he rest in peace). He was a magician at his self-described verite style and those flashbacks or flash forwards. His genuine and elegant interpretation of time and memory is something I greatly admire.

Secondly, Thelma Schoonmaker because… of course! She’s the O.G. The infamous quote: When asked how it was that such a nice lady could edit Scorsese’s violent gangster pictures, Thelma replied with a smile: “Ah, but they aren’t violent until I’ve edited them.”  is everything!

Monica> Timelines for one. In film and some TV I have a lot more time with the director to work together and play with different ideas. The pieces are longer too so you need a lot more time.

In commercials, jobs move a lot faster and there tends to be more people involved and invested in the final product, from production to agency to client. There are a lot more approval steps.

Your focus is also often different. Commercials have the job of selling a product or creating brand awareness, while also entertaining. Film and TV are more strictly story based and you know you’ll likely have your audience’s attention and investment for longer, allowing you to create longer and more dramatic sequences as needed. I really like switching between commercial and long form. It keeps me learning and developing different skills as an editor.

Monica> I think it’s a really interesting time with so much of our lives being influenced by social media platforms like Tik Tok or Instagram. It makes sense that brands want to live there too, whether it’s emulating what people are able to do on those platforms or trying to stand out in that world. There’s still a strong demand for traditional TVC type content but it’s pretty cool that brands can produce multiple versions of a campaign tailoring their message and format to where it’s going to live and who that audience is. 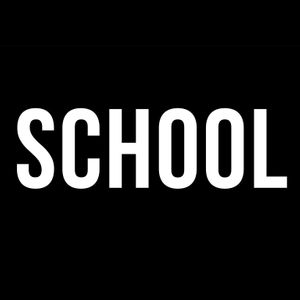 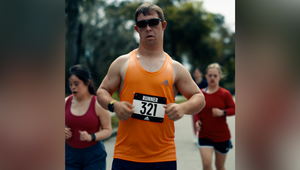 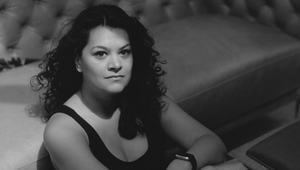 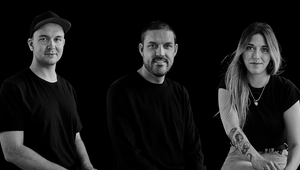 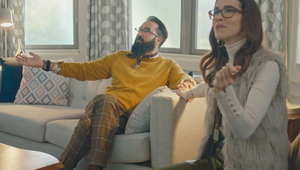 Leon Furniture is for Influencers, Not the Mainstream in Latest Campaign
View all News 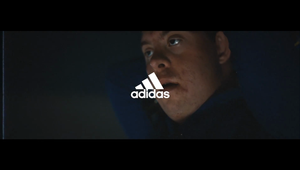 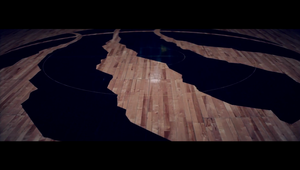 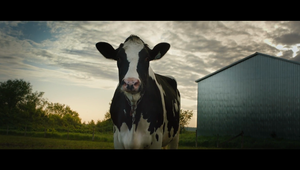 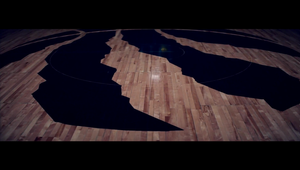 Courtside Seat A12
View all Work