Final Cut editor on empty timelines, the rhythm of the edit and the importance of creative differences 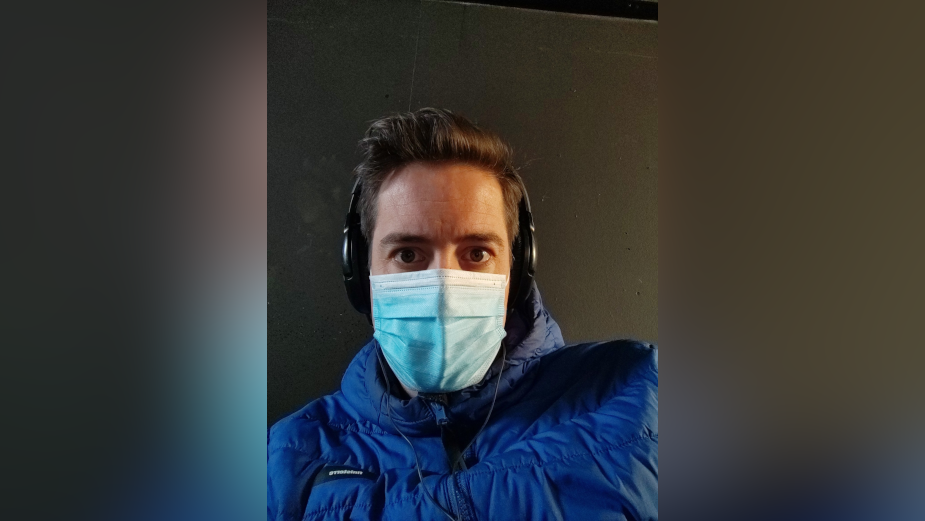 Kit Wells first entered the edit suites at Final Cut for a stint of work experience at the tender age of 15 - he enjoyed himself enough to make his way back for a permanent assisting position. Working his way up to editor, Kit has since collaborated with acclaimed directors including Vaughn Arnell and Jenn Nkiru, working on projects for clients such as Facebook, Aldi, Gucci and Converse.

Kit> The empty timeline at the beginning of a project fills me with fear, so the first thing I like to do is scan through all the rushes and throw some interesting shots on a sequence - just to remove that empty timeline anxiety.

Then I can relax, give the director a call to get some initial thoughts and see what’s moved on from the initial treatment phase. At this point I can really start selecting properly and getting a vibe for the piece.

Kit> Anyone can sit down and read a book on film craft or learn to use a piece of editing software. I've done it myself (and don't get me wrong, it's important to understand), but a technically sound edit isn't always the best way to bring a film or character to life.

Not sure I can put a pin on how I developed that side of my craft but I have always liked to look for those little extra natural moments: the smiles between takes, the exhale when the camera is still rolling, lingering slightly too long on a shot or cutting away just before you’re ready to leave. Those moments that jolt you out or lure you into a character are far more important than any technicality you might learn.

Kit> Understanding and telling the story is the editor's job, so I'd say it's vital. If an edit doesn't make sense then the editor hasn't done their job.

Kit> The rhythm of an edit goes hand in hand with the previous point about storytelling. A film of any length, be it a 30 second commercial or a four minute scene, needs ebbs and flows that focus the audience's attention exactly where it needs to be at that exact moment in time to understand the story and keep your interest. Whether that rhythm is dictated by music, dialogue or sound effects - if it’s not there, you can feel that something is missing.

Cutting to music depends on the job. If it’s a pre-approved track, then it probably makes sense to cut to the music. However, if you are just using temp tracks, it can be dangerous to cut too closely to music that will likely change. If I’m doing this, I’ll often throw a random track on in the background or turn the music off entirely to check that the edit is still working. This can also be a fun way of discovering new music you didn’t expect to work.

Kit> Does making puppet chickens appear out of nowhere and wiping in ultra-sized lettuce leaves to reveal a Mariachi band performing on a salad count as an interesting creative challenge?

Kit> I love having creative differences with a director - whether it's them questioning what I've done or vice versa, it makes each of you question your motives and consider alternative options. Even if I agree with what the director is saying, I sometimes like to play devil's advocate and manufacture these instances myself (revealing this to the director after said instance has gone down is the best part).

Having creative differences is how you elevate a film.

Kit> Not enough is the obvious answer, as you can get stuck very quickly. However, when I get footage of six cameras that have been running all day long, just in case they pick up a little bit of gold, that's equally as frustrating.

Kit> Just before the pandemic I worked on a beautiful commercial for a Swedish cancer charity called Cancerfonden with director Joanna Nordahl. We poured everything into it for a week or so and when we presented it to the client, everyone in the room was in tears. Not that that was the aim…

Once the pandemic began (as every editor will remember not so fondly), we were bombarded with UGC commercials. This essentially meant way too much footage from people’s phones - in varying frame rates, with varying success. It did present a fun challenge though and working with Jenn Nkiru on a US Facebook job about the students who didn’t get to have a graduation turned out to be a really rewarding experience. The people who it was about really connected with it…

Kit> I’m definitely seeing more requests for additional shorter versions in various aspect ratios on the side of regular commercials. I’m also seeing more longer-form online content coming through. A couple of years ago “content” was really low budget, not very well thought out material, but recently the work has become a lot more considered and creative.

Kit> I recently watched the new Netflix film The Lost Daughter, which I think was incredibly well edited. The film intercuts seamlessly between past and present as a whole, but then uses the same technique within scenes. I thought this was a very interesting way to add a new spin to the often stale “flashback” technique that a lot of films have used over the years.

This is a great example of good editing to me, where the edits and transitions between time and space are often not even noticed. I’m of the thought process that less is definitely more when it comes to editing. This probably has something to do with the relentless repeat watching of Hitchcock Box sets as a teenager.

There’s too many great editors out there who have inspired my work in films and series over the years to really make a shortlist, but assisting Ed Cheesman and Joe Guest at FC Towers for five years certainly set me in good stead.

Kit> My only experience in the film world is short films but I’d say the main difference is character development. In a commercial you have 30 seconds to nail an idea and sell a product or a lifestyle, so where you may get a quick rapport with a hero character in a commercial they rarely leave an emotional mark. (Unless of course you are Mr. Go Compare who can F*** right off my TV screens.)

Coming from a predominantly commercial background, whenever I work on a longer form project, the director is often surprised by how brutal I am with cutting lines or unnecessary reactions. Telling a story in a 60/30 second timespan, you start to understand what is really important to tell that story and can take that skillset across to longer form.

Kit> One of the things that I’ve enjoyed most about the pandemic (never thought I’d say that sentence) is that clients have given me as an editor more space to do my thing. Having that little extra space to take some feedback on and run with it, without being interrupted halfway through formulating an idea, has led to some really cool results.

Oh and everyone loves a clever transition right now!