Find Your Future Self With We Are Social's HSBC Campaign 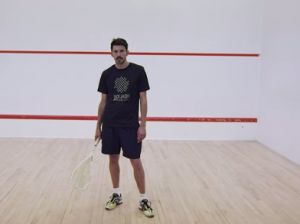 Global banking institution HSBC is launching Your Future Self, a campaign with social media at its heart, to engage with new UK students and help kick start their future careers.

HSBC is working with global social media agency We Are Social, TMW and Mindshare to create and implement the campaign, which will generate conversation between HSBC and the online student community and drive new student account sign ups. It aims to help new students discover their potential as they begin their university education, while demonstrating that banking with HSBC is the best option for their future career.

The campaign also features in-branch activity and digital display by TMW that links to HSBC’s student banking offer of a £60 Amazon voucher to use to kick start your career.

Your Future Self kicks off with four short films, created by We Are Social and produced by Tinderflint, which will be published weekly on Facebook, LinkedIn and YouTube. The documentary style films focus on four individuals and how their time at University shaped their career, offering inspiration to those in a similar position.

The second phase of the campaign launches in conjunction with A-levels results, and celebrates students in getting into university. It involves a competition for students to upload a ‘future selfie’ with a vision of where they want to be, such as a future architect in front of a skyscraper. Those with pictures reflecting the most enterprising ideas or ambitions will win a prize to help with their future career plans.

Emma Ward, social media manager, HSBC comments: ”Your Future Self highlights university as an opportunity to discover and realise ambitions, and to pave the way to becoming your ideal ‘future self’. We Are Social, TMW and Mindshare have created a campaign which offers inspiration to students while bringing HSBC to the forefront of students’ minds as an institution to rely upon.”

Cath Jeffries, group account director at We Are Social, said: “New students will be sharing their excitement about going to university on social media platforms this summer. We hope that Your Future Self will inspire them about the possibilities ahead and have a positive impact on their lives in the long term, as well as building a strong future relationship with HSBC.”