Find Out Why Toronto’s Digital Hotbed is Catching Fire

Trends and Insight 553 Add to collection 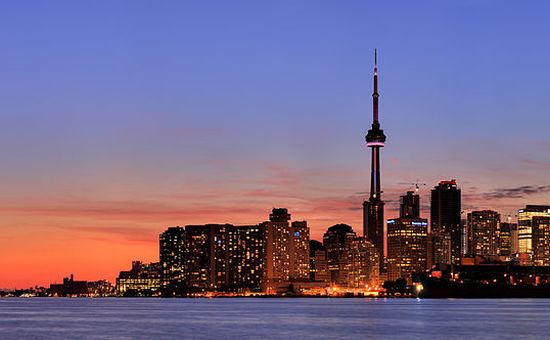 It’s no big secret that Toronto is a centre for media, arts and creativity. Its film festival is one of the world’s biggest and most prestigious, the city’s adland has always boasted gongs in global award shows and its music scene is one of the most exciting of anywhere on the globe right now (just check out our Toronto playlist here). Perhaps most exciting, though, is Toronto’s digital entertainment scene.

As storytelling continues to bed down with technology and ad money’s shift online accentuates, Toronto-based companies like Jam3, Secret Location, Tendril and Smokebomb have been able to bloom from smaller shops supporting the bigger production companies to full-scale producers in their own right.

Scales and budgets tend to be dwarfed by those of the U.S. but that hasn’t stunted Canada’s triumphs; Jam3 recently snagged a trio of Webby Awards for its Seven Digital Deadly Sins interactive documentary, which it produced in collaboration with UK newspaper The Guardian and The National Film Board of Canada. And that’s to name just one recent success story.

Whereas governments in other markets haven’t quite yet nailed the importance or potential of a digital industry, provincial government schemes and budget alterations (perhaps most importantly the Canada Media Fund’s shift from being solely focused on television to being inclusive of digital media and experimental projects)  have allowed the Torontonian scene to really blossom.

“I think it [the digital entertainment scene] has evolved in similar ways as other markets, but has probably been accelerated by the connection to television in particular, driven by private and government funds like the Bell Fund, Shaw Rocket Fund, Independent Production Fund, OMDC Interactive Digital Media Fund and the Canada Media Fund,” explains Secret Location President/EP James Milward.

It should also but noted that, in addition to the budget’s new focus, last year also saw it double in size. “It’s really amazing to see provincial governments investing in the future like that,” expressed Budd. “Not stopping there, though, at a national level major funding agencies, like the CMF and Bell Fund, all focus on creating more opportunities for innovative content properties. They really make so much great work possible, and they continually evolve themselves to reflect the direction technology is headed in relation to media.”

Financial backing is all well and good but money can’t buy success. It’s also a tricky business trying to please everyone with cash injections. Design studio Tendril are aware of government backing programs but haven’t yet felt any benefits, an effect they feel is caused by a misfire on behalf of the government. “They mainly seem to be targeted at giant long-form work or, alternatively, tiny indie devs. There doesn’t seem to be a ton of support for small-to-medium size businesses,” the studio commented.

Secret Location’s Milward also admits that, despite the benefits his company has felt, some of the dollars had been thrown at the wrong projects and proved damaging to the industry. “The schemes have been incredibly beneficial because it’s enabled producers like Secret Location to work on big budget, high concept films projects that have had amazing results. But some of it has actually been detrimental. There has been a lot of funding go into really bad concepts because shows and broadcasters ‘needed something’. That has set back the industry and value of digital on occasion.”

So where else do the city’s secrets for success lie?

The team at Tendril argue that creative innovation is ingrained into Canadian bones, thanks to its rivalry with the U.S. and those famously grim winters. “Toronto, and Canada in general, has a pretty good history of innovation – think of the Canadarm (Canadarm is a series of robotic arms used on the Space Shuttle), as well as major 3D software tools like Alias Maya and Side Effects Houdini. We’d like to think that being regarded as the underdog for so long has made us all work that much harder. Plus the fact that the weather sucks for half the year means that Torontonians have rich inner creative lives throughout winter’s solitude.”

It’s also worth noting Toronto’s welcoming personality. It’s an unimposing, friendly and culturally rich city that doesn’t feel as overloaded as bigger cities south of the border in the U.S. It also boasts some of the best cities for education in the world. “There are so many different skill-sets in one area – many diverse backgrounds and upbringings from all around the world are coming here,” says Jam3’s Budd. “Education institutions like Humber and Sheridan College have dedicated digital programs, and dev-centred emerging schools like BitMaker Labs and Hacker U give Torontonians a true advantage in amplifying their digital skills exponentially in a matter of months. What people also somehow forget is that it’s the fifth largest city in North America.”

The jury is out on whether Toronto can really become a bona fide silicon start-up hub like Stockholm, Berlin or San Francisco – the Silicon Valley of the North, perhaps? – or indeed if the city is at that level already. But no matter where it sits on the world stage, the digital movement in Canada’s biggest city is showing zero signs of slowing down. Photography community 500px and the personal ecommerce site Shopify are just two notable, local start-ups, and Facebook recently announced the ‘acquihire’ of influential, local design firm Teehan+Lax. The deal isn’t a full company acquisition, but does involve the closure of Teehan+Lax and the joining of its talent to the Facebook team. Jam3’s Budd sees the movement as a telltale sign of even rosier future times.

“The ‘acquihire’ of Teehan+Lax by Facebook will bring top Toronto talent right into the one of their core products, News Feed. It really is a telling marker for what’s going on here in the city. So yes, the future looks bright.”