Fantasy collides with real life in campaign from AMV BBDO 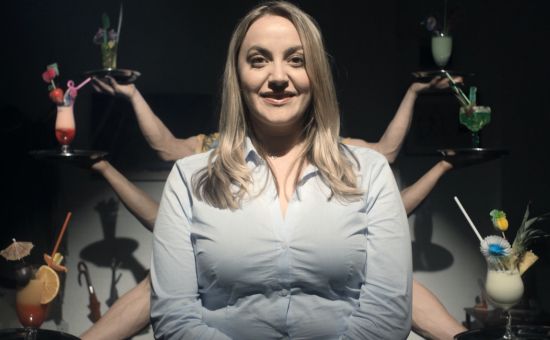 Currys PC World this week unveils a new series of engaging TV advertisements as part of its wider spring campaign driven by the universal insight about technology being something which often inspires dreams but is also a routine part of our day-to-day lives.

Resonating with Currys PC World’s core audience, the ads were developed to be full of humour whilst demonstrating the retailer understands how technology fits in to its customer’s lives. The resulting ads are humorous yet empathetic, dramatising the moment where tech ‘dreams’ meet tech ‘reality’.  A variety of protagonists purchase shiny new pieces of technology, and begin to drift off into fantasy worlds about the different, life-changing ways in which they’ll use it. In each case, everyday family life brings them suddenly crashing back down to reality.

The first instalment of the new campaign features a Hotpoint oven and will air on Saturday 14th March, in high-profile programming including Ant & Dec’s Saturday Night Takeaway on ITV1. Subsequent executions will include the hugely popular SONOS brand, launching during Channel 4 drama Indian Summer, as well as a refrigeration system from Beko during Mary Portas Secret Shopper on Channel 4.

The campaign will also be supported in cinemas nationwide, featuring ahead of Spring blockbusters including Fast & Furious 7 and Avengers: The Age of Ultron. There will also be a series of print ads running in lifestyle weeklies including Shortlist, Stylist, Time Out, Hello, OK! and a selection of national newspaper weekend supplements.

Gary Booker, Currys PC World, Chief Marketing Officer: “This new campaign marks an evolution of our ‘We Start With You’ commitment, ensuring customers know we understand that they have practical requirements as well as bigger aspirations for the tech in their lives. Our integrated, engaging marketing campaign reminds customers that we are with them every step of the way, both in-store and online. We will be helping them find the tech that allows them to live well day-to-day as well as aspire to bigger, life-changing things.”

Alex Grieve & Adrian Rossi, AMV BBDO Executive Creative Directors: “All too often technology is presented as cold and rational. Our latest work for Currys PC World reinforces our belief that technology needs to be warm and emotional; that it needs to start with what it was actually designed for; people.”

To complement the ad campaign, Currys PC World has created three short films capturing the duality of the lives we portray via social media, versus the lives we actually live. The videos, released across key social channels over the spring campaign period that starts on 14th March and runs for at least five weeks, feature the same three products from Hotpoint, SONOS and Beko that appear in the TV ads, and will encourage users to admit if they are guilty of posting relationship-brags, superfood selfies or fake check-ins on their social networks.