Find Out How Coca-Cola Turned Recycling Into A Game 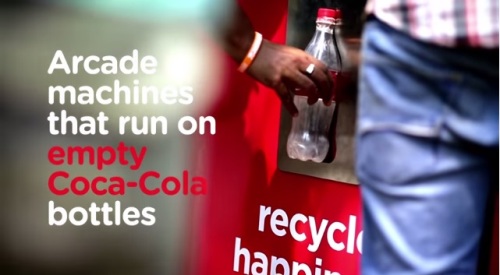 “Open dumping, the most prevalent waste disposal method in many countries, can lead to acute health impacts for those living closest to dumping sites,” the United Nations Environment Programme (UNEP) said.

The locals of Dhaka, Bangladesh, a city with a population of 15 million, were not big on practicing recycling. When no one is concerned about recycling, that can pose serious threats to the environment and human health as well.

And so Coca-Cola partnered with Grey Group Bangladesh on a project to generate public awareness and encourage consumers to recycle, and what better way to go about it by letting consumers have some fun with their friends while doing so.

The Coca-Cola Happiness Arcade started off with six locations and in six days, more than a thousand empty Coca-Cola bottles were collected. These bottles were then recycled into pellets that can be re-used. With more than 3,000 people experiencing the Coca-Cola Happiness Arcade, this is just a small start for the re-cycling movement in Dhaka - “Making a case for recycling, one game at a time