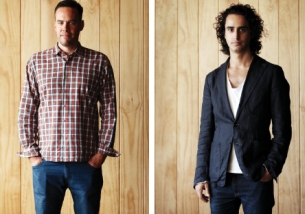 Hilliard’s credits include this year’s Emmy-Nominated Chef’s Table for NETFLIX, Awesome; I... Shot That! for the Beastie Boys and Oscilloscope, Fast Cars and Superstars for the ABC (us), The Poker Star for Network 10 and OneHD, as well as branded entertainment projects including Kobe Bryant’s Disciples for NIKE China and CCTV5, Executive Producer Robert Redford’s ICONOCLASTS for Sundance Channel, The Art of Walking for Tourism Victoria, the International Emmy Nominated The Great Crusade for Qantas and New Zealand tourism, and most recently the hugely successful UNSTOPPABLE for Kellogg’s Nutri-Grain.

Mazzaferro’s Credits include Australian Indy film RED HILL, which premiered at the Berlin Film Festival, Ian Thorpe: The Swimmer for Screen Australia and the ABC, Lion’s 6 Beers of Separation for Toohey’s Extra Dry - nominated for outstanding achievement in Reality Television by the DGA, the YouTube smash-hit Signs for Mojo and Schweppes, and most recently The Expendables 3, where he worked closely with Patrick Hughes, Sylvester Stallone, Jason Statham, and Harrison Ford while on location in Sofia.

Founder, Rob Galluzzo says “This is a natural evolution for us. It’s great to be able to say that Finch won the first-ever Cannes Gold Lion for Branded Entertainment, and now with Corey on board as Managing Director, Michael and Luke will focus their energy and attention on long-form storytelling and special projects for brands. Michael will continue to actively produce, as well as developing original projects with Luke and the rest of the FINCH team.”

Hilliard has spent the last 2 months on location in France, producing four hours of documentary television, and will return to Australia in November to oversee shooting on several branded projects that are currently in pre-production. “We have seen a huge increase in well funded, high concept, branded entertainment productions over the last six to twelve months” says Hilliard.

“Working with the incredibly talented and creative team at JWT on UNSTOPPABLE, I saw how the reach and engagement of YouTube and other streaming content platforms in this market is changing media and agency attitudes about Branded Entertainment, and delivering business results for their clients.  We’re now able to put projects together where the creative, film craft, and budget can marry up with the reach, engagement and eyeballs that marketers and media agencies are looking to achieve.” 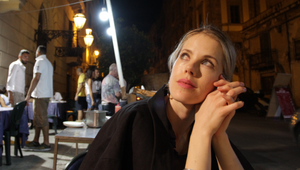