Final Cut's 'Significant Others' is Ready to Take the Stage

Significant Others is the finishing arm of Final Cut 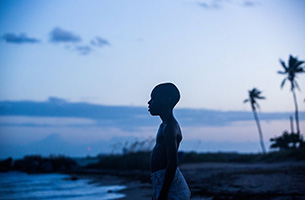 On the heels of some iconic and list-topping work in this year’s Super Bowl, and work on Barry Jenkins’ Oscar-winning feature film Moonlight, which took home three awards at this week's Oscars ceremony, Final Cut’s finishing arm, Significant Others is ready to take the stage themselves. With more than a year under the leadership of industry heavyweight Creative Director Dirk Greene, the postproduction boutique has seen explosive growth, both critically and commercially.

The company kicked off 2016 with work on Other People, the Opening Night Film of the Sundance Film Festival in Park City, Utah. The deeply poignant and tragically funny first feature was written and directed by SNL’s Chris Kelly and starring Jesse Plemons (Friday Night Lights) and Molly Shannon (Me And Earl and the Dying Girl), who took home the Best Supporting Female Award at the Film Independent Spirit Awards earlier this weekend. From there, they were off to the races, with a whirlwind year of work for Apple Music with agency Translation, Spotify with Wieden+Kennedy, Google Play with BBH, Acura with MullenLowe, a web series from Catastrophe Showrunner Sharon Horgan for Xfinity with Droga5, as well as postproduction on the entirety of the 2016 season of NFL’s ongoing “Football is Family” campaign with Grey and Townhouse.

Creative Director Dirk Greene, an Irishman with a career spanning the early days of The Mill, the opening of their New York office as well as seven years at Absolute as Creative Director, brings his extensive experience to bear for Significant Others. Under his leadership and the guidance of Final Cut President Stephanie Apt, they have expanded the company’s capabilities to include a complete suite of postproduction services ranging from VFX, design, graphics, sound design and mix from lead Sound Designer T. Terressa Tate as well as telecine through a strategic partnership with Alex Bickel’s Color Collective.

It was through this close-knit and fruitful relationship with Color Collective that Significant Others came to work on director Barry Jenkins’ second feature film, the stunning Moonlight from A24, based on the play In Moonlight Black Boys Look Blue by Tarell Alvin McCraney. Working closely alongside Barry, his DP James Laxton and Alex Bickel of Color Collective, Significant Others worked on a variety of shots throughout the film helping to focus the narrative of the story. In his own words, Jenkins said, “[Significant Others] did us a huge solid. The biggest thing they did was where we have the opening Steadicam shot. We were shooting anamorphic, usually wide open, and there was a focus gaffe, and they went in and just nailed it. There was a mic pack they had to erase, and a bunch of creative stuff they did — like where a shot begins, and it’s not Steadicam but then becomes Steadicam. They also comped in the ocean in one shot at the end, where it was just too dark to see it,” (from an interview with the director for Randi Altman’s Post Perspective).

Significant Others is proud to have contributed to this culturally relevant, deeply moving and beautiful film. Congratulations to director Barry Jenkins and the whole cast and crew of Moonlight on an astonishing three Oscar wins!

Which brings us, of course to the beginning of 2017, which started with not a whimper, but a bang! With explosive work for the NFL playoff season with Grey and Townhouse, a Super Bowl LI commercial featuring baby football greats ranging from Joe Namath and Mike Ditka to Marshawn Lynch. They also went on to work on Febreze’s first-ever big game ad, Grey’s hilarious (and honest) ode to the Halftime #BathroomBreak, as well as a beautiful new :90 second film for Porsche 911 with agency Cramer-Krasselt.

Significant Others, with an already-proven track record of quality in its relatively short time on the scene is poised for continued success as well as expansion into full-fledged production services and emerging technologies including 360° and VR finishing capabilities. Final Cut’s Significant Others will be one to watch out for in the year ahead. 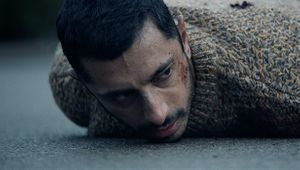 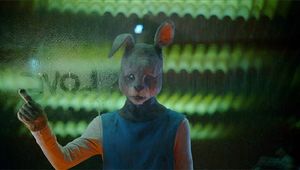