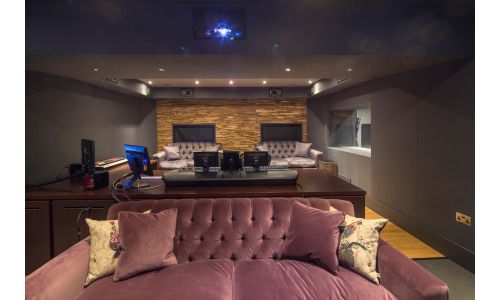 Up until now the award-winning edit house has remained almost exclusively offline. However things are about to change. Final Cut Managing Director David Webb explains, "We believe editing and sound design are inextricably linked. And so we have worked hard to ensure we can provide both at the highest level."

Heading the new audio department is Patrick “Patch” Rowland, former Senior Engineer at Angell Sound. In his teenage years, after a brief spell in demo and rehearsal studios in his native Newcastle, Rowland made the decision to move to London, where he gained his first taste of audio post-production. Like so many, he moved up the ranks, while being mentored by some of the greats of the audio industry. During his residence at Angell Sound, the company was honoured as Conch UK Screen Award 2009 - Commercial Facility of the Year. Rowland’s work has been recognised at the Cannes Lion’s and BAFTA.

It's hard to pin Rowland to a specialty, as the role of an audio engineer is one of the most multi faceted amongst the commercial industry. He mixes, edits, records, sound designs, and even composes for a wide range of clients such as Leo Burnett, Sapient Nitro, WCRS, Big Balls Films, Stink Digital, and even Brit Award winner Ben Howard.

As traditional audio-facility business models are struggling to cope with the quick evolution of the digital era, the integrated approach Final Cut is offering, leads to a much stronger sense of collaboration. Final Cut’s editors can collaborate on the audio element of a project from day one of rushes. Final Cut called upon Digital Garage to help facilitate the studio build. It was a natural fit, as Digital Garage had already been supplying and supporting their Avid based offline post-production provision. The result is obvious -- an agile, high end recording and mixing environment which fully compliments and enhances Final Cut’s services. Webb says, “The foundations for world-class audio are often laid down in the edit suite. Having Patch on site means we can build upon those foundations and ensure creative continuity throughout the post-production process. From a VO record to a final cinema mix we can now achieve it all without leaving the building. We are excited with the prospects that lay in store for us."

Designed to be an extension of Final Cut’s editing facility, the audio suite offers a fully integrated audio recording, editing, mixing, 7.1 surround sound monitoring and video playback solution. Webb says, "Our editors want to be able to collaborate with Patch from day one of rushes. From a simple VO record to a final cinema mix we can achieve it all without leaving the building". Rowland adds: "I believe the cutting room is where world-class audio begins and I’m excited with the prospects that lay in store."