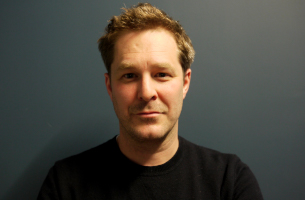 Ben Stephens joins from Whitehouse Post, where he began his career as an Assistant Editor back in ’97 and has been cutting since 2002. Since those humble beginnings, Ben has made a name for himself working alongside some of the industries top directors including Jake Nava, Simon Ratigan, Joseph Kahn, Tarsem, David LaChapelle, Fleur+Manu, Nadav Kander, and Malcolm Venville to name a few. He has edited for many of the world’s top brands including MasterCard, Land Rover, Audi, Huawei, Tanqueray, among many others.

Stephens’ recent collaboration with director Jake Nava and AMV BBDO took storied alcohol brand Martini in a bold new direction for the global launch of their ‘Play with Time’ campaign. In the brand film, Stephens deftly unfolds the story of man’s vast personal wealth, not in material things, but in his rich experiences.

"I’ve always admired the talented crew at Final Cut, and I’m really excited to be joining them,’ noted Stephens. ‘There's a strong collective feeling and a creative environment within the company that really appeals to me."

Of signing Stephens, Editor and Managing Partner David Webb states: ‘We are delighted to welcome Ben to Final Cut. We have been great admirers of his work for some time, and he is a perfect addition to our roster of editors now. He has a fantastic eye and a keen understanding of music, which you can see plays such an integral role in his new ‘Martini’ piece. We can’t wait to see the work that Ben will do with us."view more - Hires, Wins & Business