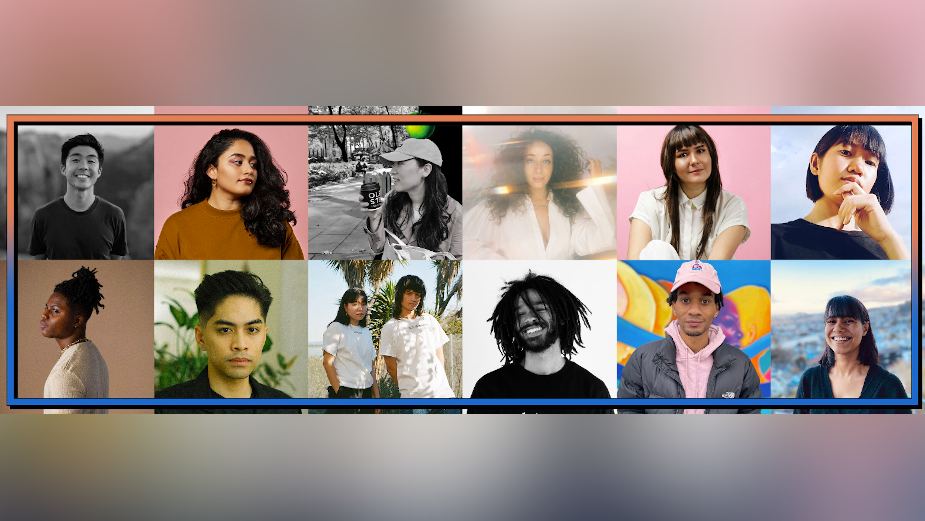 New York-based filmmaker Sean Wang is the inaugural winner of the COLORFUL: A Prelude to Young Guns 19 program, developed to help young BIPOC creatives advance their careers in conjunction with The One Club for Creativity’s Young Guns 19 competition, which celebrates creative professionals age 30 or younger.

As winner of the free portfolio-based competition, Wang will receive the US$3,000 grant, which he will put towards completing production of his films 'Didi' and 'Son'.

In addition, he and 11 COLORFUL finalists also get complimentary entry into Young Guns 19, the industry’s only global, cross-disciplinary, portfolio-based awards competition that identifies and celebrates today’s vanguard of young creatives.

This year’s COLORFUL finalists are:

The program was conceived by Rich Tu, VP of MTV Digital Design and a Young Guns eight winner, who brought Russell’s Reserve to The One Club as a grant sponsor for this new global program to help young creatives advance their careers.  A BIPOC jury of past Young Guns winners reviewed submissions and selected the winner and finalists.

“Since 1996, Young Guns has been such an important award in the careers of young creative professionals, and its winners list has become increasingly diverse in recent years,” said Kevin Swanepoel, CEO, The One Club.  “COLORFUL helps add to that diversity, and complements our organization’s ongoing commitment to champion a more inclusive and equitable creative community.”

COLORFUL is the latest example of The One Club’s ongoing global nonprofit commitment to pushing diversity and inclusion forward in advertising and design.

The effort began more than a decade ago when the organization started its annual Where Are All The Black People diversity conference and career fair, and continued with its global Creative Boot Camps and mentorship programs for diverse college students and other young creatives.

Last year, the club launched ONE School, a groundbreaking free portfolio program for Black creatives now active in Atlanta, Chicago, Los Angeles and New York.  In 2021, The One Club introduced The One Show Fusion Pencil and ADC 100th Annual Awards Fusion Cube, the advertising and design industry’s first global awards to recognise great work that best incorporates diversity, equity and inclusion (DEI) principles, and underrepresented groups in both creative content and the team that made it.

The Young Guns 19 online entry system is now open, with the regular deadline July 12th, 2021 and final deadline July 26th, 2021. A diverse jury of 88 top creatives from 38 countries will review entries, and winners will be announced in the fall.

The One Club for Creativity, producer of The One Show, ADC Annual Awards, Type Directors Club Communication Design and Typeface Design awards, Young Guns and Creative Week, is the world's foremost non-profit organization whose mission is to support and celebrate the success of the global creative community. The One Show is a top global awards show for advertising, design and digital marketing, focusing on the creativity of ideas and quality of execution. The global ADC Annual Awards honors creative excellence in craft, design and innovation across all disciplines. Creative Week takes place in June, and is the preeminent festival celebrating the intersection of advertising and the arts.