Filmmaker Justin McMillan Shoots for The University of Queensland & RDIO 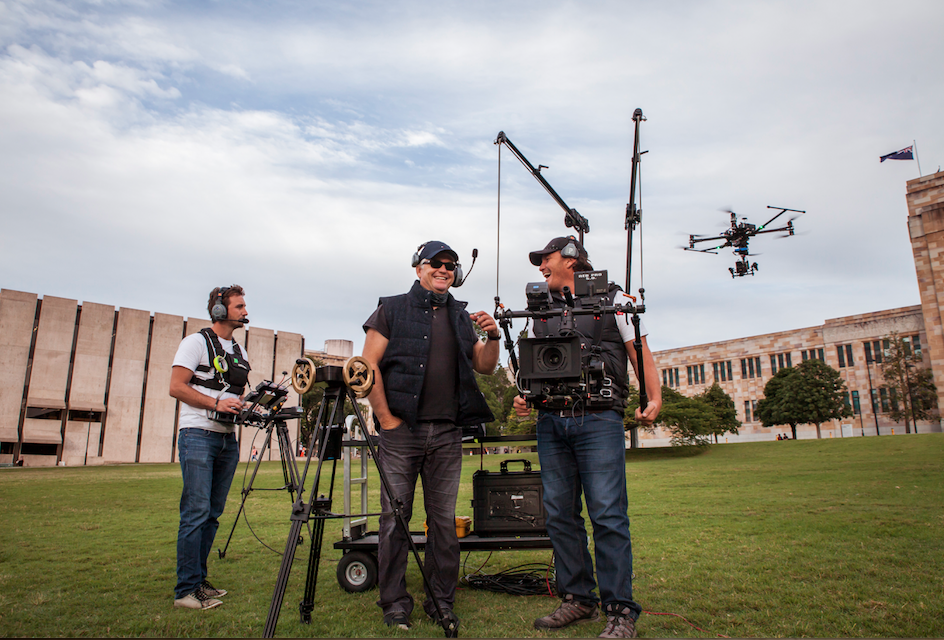 Both spots are shot using the multi-purpose camera system Heliguy, marking the first time the director and Heiguy have offered up a DOP wireless wheel control on the drone and slingshot system.

Working alongside AACTA award wining DOP Ben Nott (Predestination, 2015) on the University of Queensland live animated campaign, McMillan filmed in a number of locations, using Heliguy's camera systems both aerially and on land in parklands, lakes and city skylines, on campus, in markets and inside hospital and science labs.

University of Queensland 'In the Air' from Justin McMillan on Vimeo.

With the help of Heliguy, he could effectively bring a high cinematic quality to the shoot that otherwise wouldn’t be accessible using stand-alone film equipment. Offering an affordable solution to securing multiple camera perspectives combined with the freedom provided by a wireless wheel system, also appealed to DOP Nott.

“Justin has a wonderfully unique perspective so it follows that he’s adopted a mode of image capture that offers total creative freedom on every visual axis,” said Nott. “The addition of the Walter Klassen remote hand wheels allowed me to compose the frames as I would on a geared or remote head, as we pushed the envelope with this new dynamic camera platform. I had a great experience working with Justin and I’m totally sold on this system from Heliguy and can’t wait to use it again.”

For RDIO, McMillan created a moody spot that captures a variety of scenarios including intimate apartment moments through to great country and ocean-side drive escapes. Shot by DOP Tim Tregoning and featuring the Cathedrals’ hit track ‘Unbound’, the spot’s observational tone is complimented by distinct camera framing.

RDIO from Justin McMillan on Vimeo.

“I've had a run of outdoor shoots where I’ve been able to put all the new Heliguy toys to the test,” said McMillan. “The wireless technology has finally caught up with the requirements of a fast paced commercial film set and I’m loving the results.”

“My storytelling in recent months has given me the opportunity to keep the camera on the move on the ground and in the air melding the two into one unit and swapping between them both very quickly. It’s great as it gives the DOP and the director control over every frame, which ultimately results in a better piece of communication, ” he added.