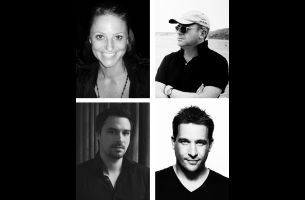 Filmgraphics has announced the signing of Melbourne-based directors Steve Callen and Christopher Frey, and director/DOP Gerard Lambkin. The news coincides with Filmgraphics revealing its fresh new branding, that includes the development of a new company website.

Steve Callen arrives at Filmgraphics with over 20 years experience working in advertising and is a well-established writer, director and content creator. He has directed numerous award winning TVCs and short films that have won at Cannes and One Show.

With a background in visual effects and design employed across advertising, film and music videos, Christopher Frey combines a refined, minimal aesthetic with technical expertise. His work moves from cinematic realism to stylised audio-visual pieces. In 2014, Frey was a finalist for the Cannes Young Director Award and also won an Aria Award for Best Music Video.

Not only a highly awarded director, Gerard Lambkin is also an accredited cinematographer and member of the ACS. In 2014, he was awarded Best in Show and Best Narrative at One Show’s One Screen Festival in New York for his shot film Great Adventures. A versatile filmmaker, his unique skill set combines a powerful visual style and natural talent for storytelling.

The foray of new director announcements comes off the back of Filmgraphics appointing well known producer Edwina Gilbert (Speakman), who joins the production house to concentrate on business development opportunities in Melbourne.

Says Filmgraphics Executive Producer Anna Fawcett: “As a production company synonymous with nurturing the talents of both emerging and established directors, we are proud to announce the arrival of new blood and will continue to welcome the best of Australia’s directors as they rise through the ranks to develop as unique storytellers.”