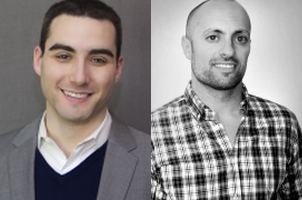 The announcement was made by FilmBuff CEO Janet Brown, who said both moves are effective immediately.

Kaplan and Slevin are joining Brown and General Counsel Luke Marchetti on FilmBuff’s executive management team and will both report directly to Brown.

“We are pleased to announce these well-deserved promotions for Scott and Mickey, who have both contributed enormously to the company over the past several years,” Brown said in a statement. “They are both experienced and talented executives who have been integrally involved in our key strategic decisions, and I am looking forward to working with them to build more innovative solutions for the industry in the months and years ahead.”

Slevin joined FilmBuff in 2010 and was promoted to head of finance in 2011. In his new post, Slevin will continue to head FilmBuff’s finances while his duties are expanded to include oversight of all of FilmBuff’s operations.

Kaplan joined FilmBuff in 2013 from Dish Network, where he was a programming manager after working several years in talent representation with ICM. Kaplan oversees domestic and international distribution for all of FilmBuff’s releases, and is responsible for sourcing and negotiating all television, SVOD and AVOD rights deals for FilmBuff’s library of over 1,500 films.