Co-founder & Managing Partner of Smuggler on his hopes for cannes 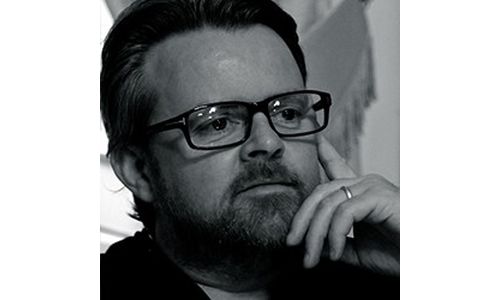 Ahead of tomorrow night's Film Craft Lions, LBB caught up with jury president Brian Carmody of Smuggler to find out what he will be looking out for this year.

LBB> What words of advice will you be giving to the jury this year?

BC> I’m looking forward to working with a jury of strong individuals, who have the mettle to make up their own minds. I’ll be there to simply remind them to be themselves, use the wisdom of their years, remain present in the daily conversation while in the jury chamber, and look beyond the ads to see where the true decisions were made in the movement from script to screen.

LBB> What are you personally hoping to see from the entries this year?

BC> Flair and imagination. Craft has taken a kick in the teeth of late. There’s so little time to prepare jobs now, and when you couple that with very tight budgets and post timelines, one has to be a truly accomplished filmmaker, with great instinct and practical knowledge, to know how to carry a film forward and achieve the best results. Fortunately, those people are still out there making astonishing work.

LBB> Film Craft is in a funny position at the moment – as bandwidths increase and mobile 3G/4G improves there has never been a higher demand for good quality film for many different platforms. At the same time budgets and timeframes are shrinking. It’s your turn to tell the rest of the industry – why does craft matter?

BC> It’s as simple as this for me: I like to see work that’s well made, whether it’s an ad or a set of chairs. The craft in creating anything exposes a bar of excellence, or, lack there of. Great craftsmanship will always elevate. Also, it matters for the craftsmen and women who bring words to life no matter what the medium.

There are many ideas with great potential and high expectation that get destroyed during the decision-making process. There are increasingly blurred lines these days between the instigators of the idea, the idea itself, and then those who actually go out and put the idea on film. I wish there were more clarity and respect for the individual roles.

LBB> How do you think the industry can educate clients on the importance of good craft?

BC> That’s a loaded question, but an important one. Clients are in a tough position. They hold the keys to the kingdom and that kingdom now spans so many platforms, which often means having several ideas in play at the same time. One either has the intellect, imagination, understanding and faith to chart this new terrain, or one doesn’t. The great leaders I have come across over the years – be it client or agency – have those traits in droves.

But to answer your question, two immediate notions come to mind:

1. Everyone needs a mentor. There must be ex-clients who could take on the mantle of helping those in the midst of the daily chaos. Many are far wiser and more capable of seeing the wood from the trees having stepped away from the day-to-day.

2. Get to know those with whom you work, to create a better sense of understanding, and take away the unknown on that level. So much is lost through poor communication and a lack of mutual respect. Better understanding of what everybody is bringing to the table can only be a good thing.

LBB> Outside of the jury room, is there anything in particular you’re looking forward to this year?

BC> Besides seeing friends from around the world that I don’t get to see all that often, I’m looking forward to an hour of quiet each day (ha, good luck with that) and an evening swim in the sea to knock the dust off.