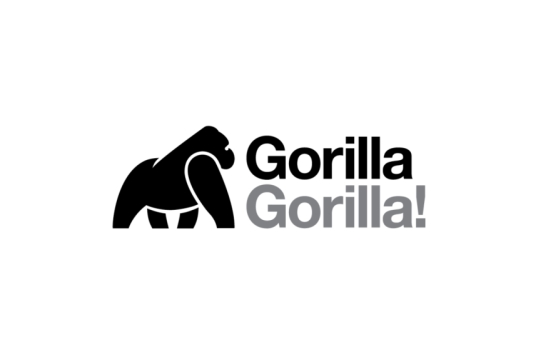 The company, which carries the strapline ‘Powerful films, hand-raised in London’, has hit the ground running with films slated for a number of top-tier organisations including; Worldpay, Informa (the multinational publishing and events company) and HMRC.

“What makes Gorilla Gorilla different” explains co-founder Beswick “is that we combine film-making flair with content strategy and communications expertise”.

With a mission to help brands and businesses connect with their audiences through powerful and persuasive films, Gorilla Gorilla! offer an end-to-end service including content strategy, creative development and production for live action film and animation, distribution and measurement.

“We love film and animation and believe there’s no better way to reinforce a message, lead a campaign or tell your story and in today’s digital and social environment there’s never been a better venue for it.” Dean Beswick.

With 18 years under his belt, Dean Beswick has enjoyed a high profile career producing award-winning films on every continent that have earned BAFTA and Webby nominations and an enviable roster of clients including Unilever, BP, PWC, UBS and Change4Life.

Beswick has been joined in the new venture by business guru Andrew Gibbs. Gibbs co-founded the agency Radley Yeldar in 1986 and was instrumental in growing it to become Europe’s largest creative communications consultancy.

“Together we helped drive the Moving Image offer at RY to become a Televisual top 10 film and animation company and I relish the opportunity to build on that experience and to create something really special that delivers for our clients. We have ambitions for all our work to go beyond the every day or the expected”.