Has been President of Forsman & Bodenfors since 2004 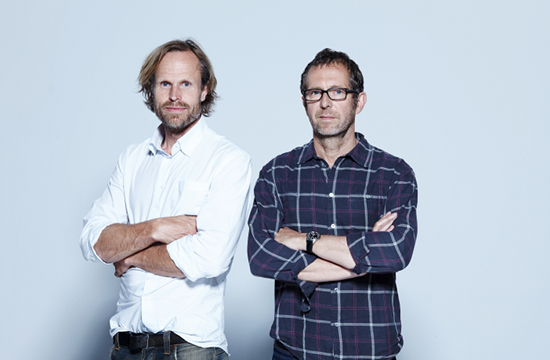 BETC is delighted to announce that Filip Nilsson will be joining the Paris agency as of September 2013.

President since 2004 of Swedish agency Forsman & Bodenfors, Filip Nilsson was its creative leader for over 20 years. In particular, F&B brought IKEA and Volvo to world attention with cutting edge creative and digital campaigns. During Filip’s leadership, F&B won 69 Lions in Cannes and countless other awards around the world. In 2011, F&B was named The World ́s Best Digital Agency by The Gunn Report.

Filip is also known for his unorthodox ways of working, in a collective process with minimal hierarchy. Digital work is treated just like any other media and executed by the same creatives, which makes integrated campaigns the natural way of working. Fluent in French and English, Filip has a strong personal history with France: he lived in Lyon at the end of his university studies and wrote his thesis about the French advertising industry. His Swedish wife is a French teacher.

Working with Rémi Babinet (Chairman and Global Creative Director) and Stéphane Xiberras (Chief Creative Officer), Filip will bring a wealth of experience and his own vision of innovation in communications, Forsman & Bodenfors being one of the world’s leading agencies in terms of digital experimentation. Filip will work on both domestic and international accounts and he will reinforce the agency’s global development, driven by Guy Hayward, Director of Global Business Development.

Filip Nilsson: “I ́ve admired the work of BETC for many years so when I decided to move to Paris it felt natural to give them a call. After meeting Stéphane and Rémi, immediately it felt like coming home. I think we look at advertising and agency culture in the same way and we share the same passion for craft. I ́ve only worked in one agency in my life so coming to a new agency in a new country, with a new culture and language, will of course be a challenge. But that ́s what I want – a new adventure, a blank sheet of paper. BETC is, for me, this very beautiful piece of paper.”

Rémi Babinet : “It’s great news for BETC that Filip is joining us. F&B is an exceptional agency and Filip’s long experience and innovative vision will nourish BETC’s creative culture and international development. With Filip on board, I think we will become smarter.”

Stéphane Xiberras : I am very happy that Filip is joining our crew to explore new frontiers in international waters. Over the years, the BETC ship has taken the shape of a racing monohull, a steamer, a Riva, a pirate ship or an aircraft carrier and will now become a Viking longship. It’s jättekul*!