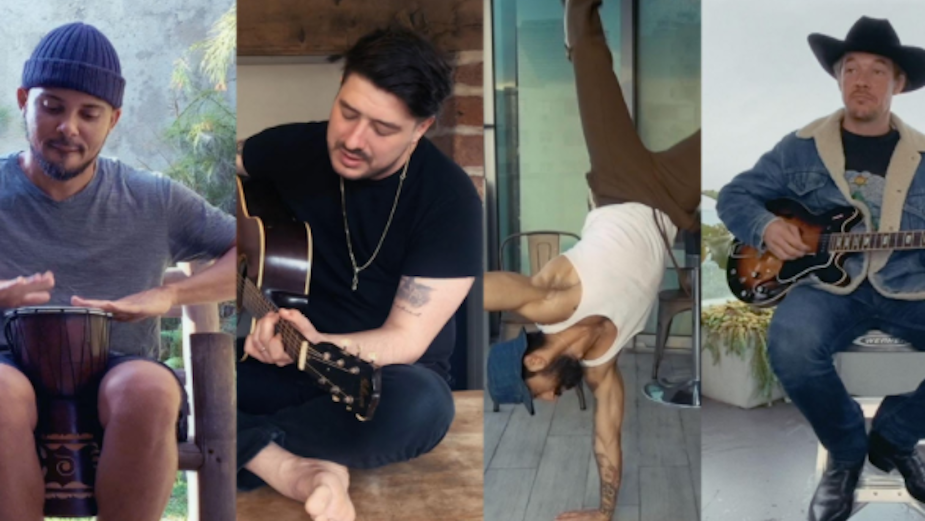 Major Lazer debuts the music video for latest single, ‘Lay Your Head On Me’ featuring Marcus Mumford, today. Director Filip Nilsson curated a cast of artists from around the world to contribute to the video through movement and music. Comprised of 177 clips from 28 countries, this global collaboration conveys a celebration of humanity fitting for these tough times and today’s celebration of Earth Day.

Production company Object & Animal worked on the remote shoot with MPC, producing a totally different shoot after a rewrite.

Enlisting the vision of renowned choreographer Ryan Heffington (LSD, Sia, Florence & The Machine, FKA Twigs, Christine & The Queens), Filip reached out to artists with a simple request: “Do your best, it doesn’t need to be perfect. Be yourself. We like you as you are.” Among the artists and creators who answered the call—with some playing along on their own instruments and some dancing—were Israeli pop duo Lola Marsh, London dancer Ashraf Ejjbair, Dream Catchers Academy—an academy of orphan children in Nigeria—and Brazilian brothers Renan and Renato, one of whom is blind and is shown learning Heffington’s choreographed dance from his brother in the video.

“When we started working with this simple idea over a month ago Covid-19 had just started to get a grip of the world,” Filip says. “During these weeks we have seen tapes from people all over the world. The response was way more than could have been expected and it was amazing to see the different interpretations of what we requested from people. It’s so touching that all these people took the time to learn the dance routine or to play the music in such a short amount of time. The positivity and honest love they shared is something I really wanted to come through in this video.”

‘Lay Your Head On Me,’ Mumford’s first ever collaboration of this kind, was co-written with MØ and originally premiered as Annie Mac’s Hottest Record in the World. The track follows Major Lazer’s 'Que Calor' featuring J Balvin and El Alfa, which was performed by Balvin at the Super Bowl alongside Jennifer Lopez, and topped charts worldwide with more than 400 million streams to date.

Major Lazer is the global dance trio of Diplo, Walshy Fire and Ape Drums. Named for the group’s fictional figurehead, a one-armed, Jamaican Zombie War commando, Major Lazer’s mission is to free the universe with music. The band has released three acclaimed albums, 2009’s Guns Don’t Kill People…Lazers Do, 2013’s Free The Universe and 2015's Peace Is The Mission, featuring 'Lean On' with DJ Snake and MØ—one of the most successful songs of all time. Their long-anticipated fourth album is due later this year. 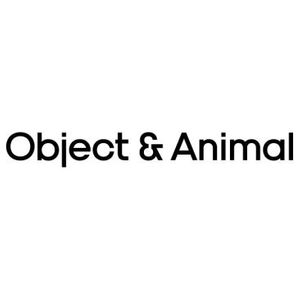 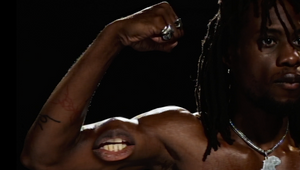 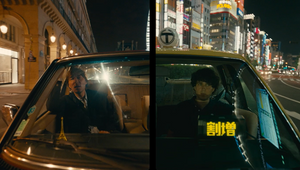 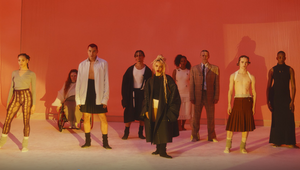 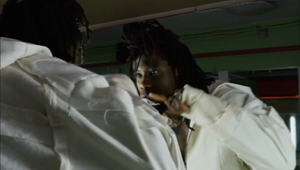 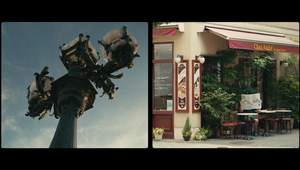 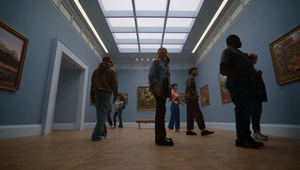 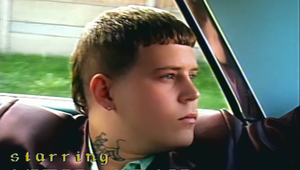