FILFURY Wakes Up in Powerful Promo for MJ Cole 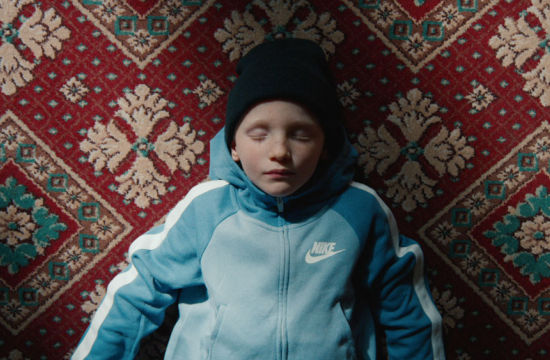 The piece follows the lead protagonist, a young boy played by FILFURY’s son Bow, across two distinct settings. One is an indoor world, set in a regal but empty manor, the other is an outdoor world where the boy is captured cycling along rugged country roads.

The contrast between these two settings helps to enhance the dreamy, ethereal feeling of the indoor shots. The piece culminates with a powerful image of the young boy as he is lifted off the ground appearing to transcend the beautiful period setting surrounding him.

FILFURY says: “It was an honour to be asked to create visuals for such a mesmerizingly beautiful song. I was responsible for creating the EP album art, so naturally wanted to follow up and push the visuals for a film execution. I wanted to detail somebody waking up and floating, lost in their thoughts, dreams and memories.

“The video was a true labour of love. We had a very small budget, and worked over the Christmas period (when locations and crew were impossible to get hold of). However I loved the song and knew what I wanted to achieve with it. Waking Up – taken literally with a sprinkle of magic and abstraction.

“The film mixes a very calm, cinematic, ethereal feeling with a bit of attitude in the way I styled the talent within the environment. A contrast of classic styling with a street edge to it. A mesmerising visual language of magic to get lost within. The boy in the film, is in fact my son – so this was a very special project to bring to life. Very proud of Bow’s performance and the end result.

“Overall, I had free reign to create. It was a matter of selling the concept into the artist, MJ COLE. He was on board and trusted me to execute as I saw fit. The main challenge was resources. There was little money to pull off any big VFX ideas. So everything was carefully planned. The floating boy was actually tested in my kitchen using a series of kitchen stools, I liked the result so much I brought the stools to the set and that’s how I achieved the floating effect.

“This was about being true to the song, playing off MJ COLE’s history of UK street culture. So the idea was to style the boy in UK streetwear, and it’s that contrast with the classic space that gives the film power and weight. It was about being simple. Allowing a great location and simple styling tell the story. I borrowed from my knowledge of VFX to pull this off, it was just a much more simple execution than what I’m used to creating - VFX on a tiny budget. So the edit, pace and effortless performance from my son are what made this come together so well.

“There was clean up to the floating scene, where the boy was sitting/lying on a couple of benches. The floating objects were hung with fishing wire – then everything was rotoscoped and layered back. Minimal VFX work, but that’s what I wanted. A very simple graphic end result. Then the image was graded too, but not pushed too far. I was lucky with the space because it already had a beautiful colour palette. I was merely designing to bring everything together.”