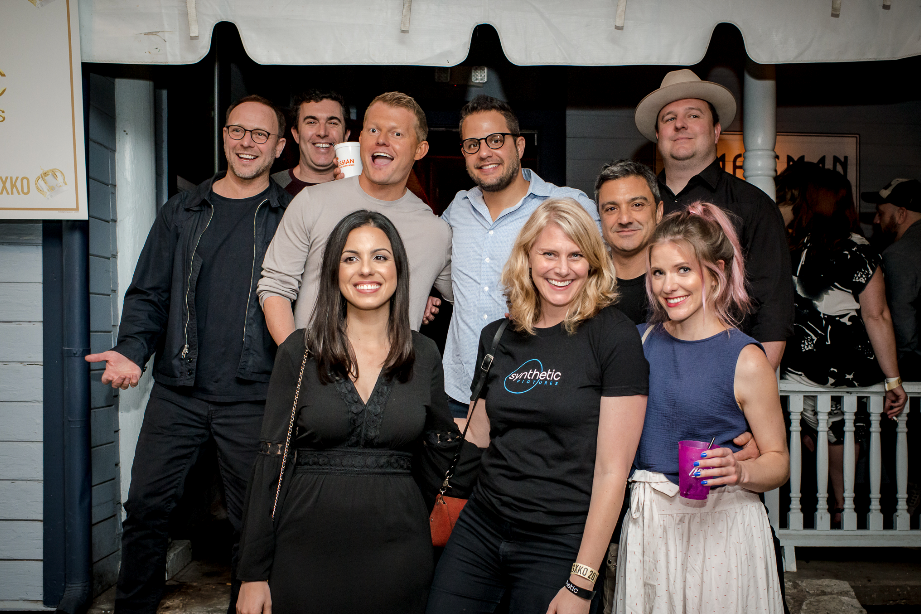 It wouldn’t be SXSW without the unofficial advertising and production kick off party, SXKO,and this year’s fifth annual bash proved to be epic, featuring fire dancing, an LED light show, buzzed-about bands, a taco truck and more than 600 attendees ready to get the SXSW ball rolling.

The 2017 edition of SXKO, which took place on Friday night at the start of the conference, was brought to you again by Synthetic Pictures, the L.A., Austin and New York-based production house, and Yessian Music, the Detroit, New York, L.A. and Hamburg, Germany-based original music and sound studio, which have been the party’s anchor hosts since day one. On hand from Synthetic were Austin native and founding director Justin Corsbie and his partner and EP, Allison Smith. Representing Yessian were EP Michael Yessian, along with Andy Grush and Katie Overcash.

Among the agency and production company guests who made the scene were creatives, producers and others from shops like GTB, Argonaut, BSSP, DDB, Deutsch, Grey London, MullenLowe, GSDM, RPA, Wieden+Kennedy Amsterdam and many more.

The ’17 SXKO invitation featured a bizarre creature – picture a puffy cloud sporting a golden human skull, topped by a royal gold crown – riding an antique high-wheel bicycle. Designed by co-sponsor Ntropic, Yessian explained “everyone kept asking us what it was, and even though we weren’t quite sure, we knew we had to have it!”

Synthetic’s Corsbie jokes: “Andy Warhol phoned us in a dream, and told us the Golden-Skulled-Cloud-King represents what’s left of traditional advertising after the Napalm blast of change and disruption brought on by the current interactive marketing movement. Andy told us to celebrate the industry’s new model with a post-modern Dia de los Muertos mashup. And here we are.”

As usual, SXKO featured up and coming musical performances and a killer DJ to ensure the joint got properly rocked. This year’s live music lineup included Flint Eastwood and Michigan Rattlers. The former group, widely regarded as one of the bands to watch at SXSW this year, brought its unique Power-Pop stylings to a raucous sea of dancing and screaming fans. For the crowd-demanded encore, leader Jax Anderson returned to the stage, untethered her long Willie Nelson-style braids, and proclaimed their last song 'a headbanger'.