Agency to be led by Melina Ex & Heber Gonzalez 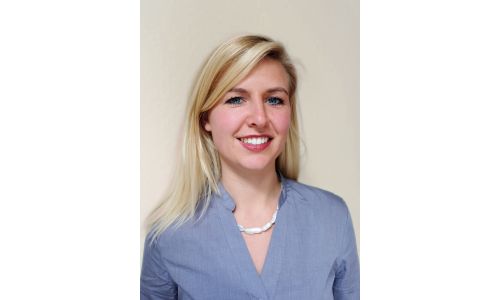 Fetch, the award-winning mobile agency, officially launches today in Berlin in response to client demand from its client roster including eBay and Hotels.com. Echoing its agency operations in both London’s Tech City and San Francisco’s Silicon Valley, Fetch Berlin is located in Mitte within the app and technology community and has already secured mobile acquisition work from food delivery service Foodpanda.

The agency will be led by two experienced digital business leaders. Melina Ex, Country Manager, has multi-market experience across territories including China, Africa and the UK, and Heber Gonzalez, European Business Development Director boasts over a decade of experience within the mobile and tech space.

Melina Ex was previously CMO of 88tc88 in Beijing: a mobile service for international music, games, apps and eBooks. Prior to that she worked for Human Digital, part of the M&C Saatchi Group, where she consulted on digital business intelligence, customer insights, monitoring & analytics. Ex, who also holds an MBA in Management Consultancy, counts Olympic Delivery Authority (Olympic Games 2012), Transport for London, RBS, Ministry of Defence (UK & US), Google and Microsoft amongst her brand experience.

Before joining Fetch, Heber was Director of Mobile at performance marketing company, glispa, starting its mobile division from the ground up, servicing mobile publishers and advertisers including Supercell, Kabam, Spotify and Baidu across 100+ countries, generating millions of new users. Prior, he was Director of EMEA online/mobile marketing at Fox Mobile Distribution where he worked with brands including Jamster, iLove and Bitbop, and his work included marketing successful campaigns such as “The Crazy Frog.”

From Berlin, the agency will service pan European, CEE and global clients as well as actively seeking further partners across Germany. The Capital has a thriving tech and start-up scene, with consultancy firm McKinsey recently estimating that businesses launching in Berlin could generate as many as 100,000 jobs by 2020. Launched just 5 years ago and headquartered in London, Fetch’s global turnover should top $100m in 2014.

James Connelly, CEO and Co-Founder says: “We remain a hugely ambitious company with global ambitions. This is our third operation in our network offering mobile media, strategy, creative and analytics that will complement what we do in London and San Francisco. We’re confident we will attract new clients to our unique network, and this launch will be swiftly followed by a further launch into the APAC market place.”