Meteor breaks the limits of Christmas from a tropical tax haven 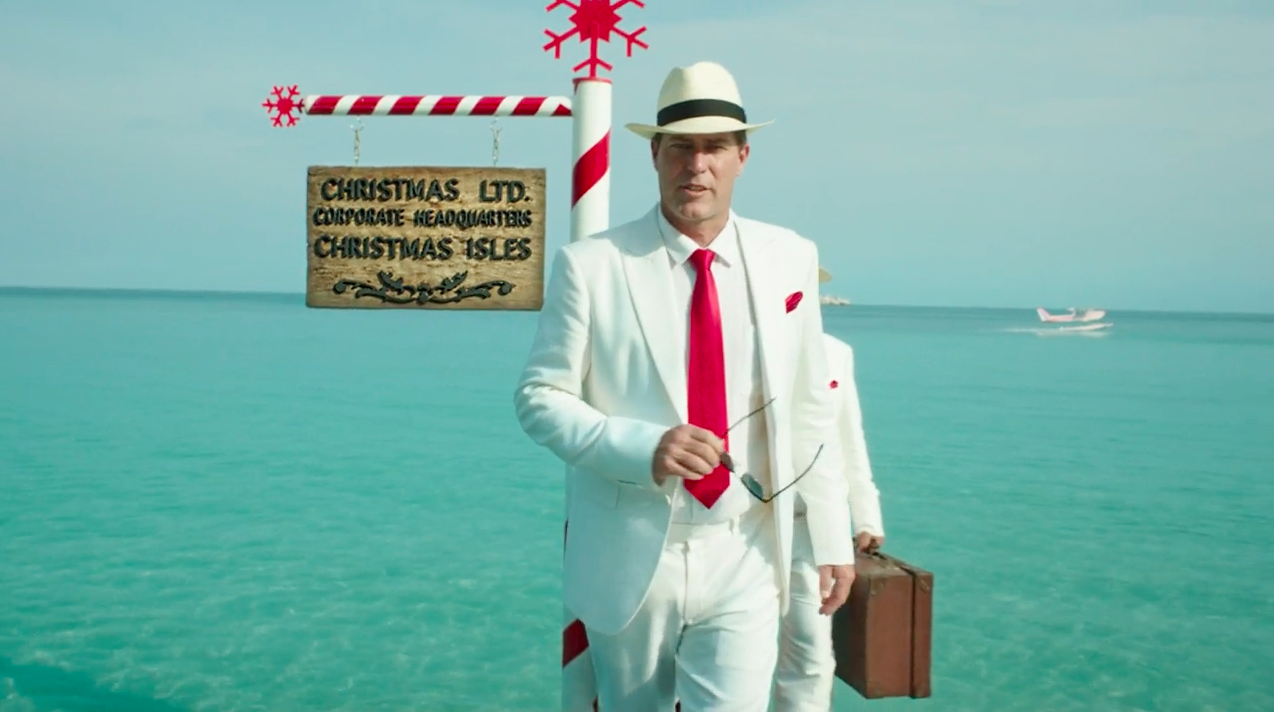 Christmas 2015 sees the return of Meteor’s most successful festive CEO to Irish TV Screens. Nicholas St Wenceslas, misanthropist, holiday magnate and CEO of Christmas LTD – the company responsible for commercialising the holidays – is back.

The 2015 campaign, created by Rothco, has launched this weekend with a 30” and two 20” TVCs. Wolf-of-Wall-Street-come-Miracle-on-34th-Street’s Nicholas is now living in the tax-neutral Christmas Isles; where he’s bigger and bolder than ever with a tropical corporate HQ, a poker-faced assistant, and plans for more extreme and imaginative ways to make you pay more for your Christmas while giving you less. However, while Nicholas is in the business of limiting customers’ Christmases by making them pay for it, Meteor are un-limiting people’s Christmases with unlimited offers and prizes.

Aoife Moore, business director at Rothco comments: “Over the last few years Christmas advertising has become an arms race of sentimentality. Brands are falling over each other to make the most emotionally charged, tear-jerkingly Christmassy campaigns they can. So last year, Meteor were looking to do things a bit differently and we jumped on the chance to run a campaign off the beaten ‘Christmas’ tracks.”

The initial campaign was Meteor’s most successful ever achieving the highest visibility among telecom providers across all social platforms and seeing an incredible 65% increase in online sales compared with the previous year.

This year’s television commercials will be supported by a wider campaign of social, online, print and radio.