Coca-Cola, Always and Samsung top awards nominations in historic year for the festival 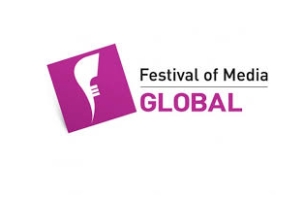 Yesterday saw the unveiling of the awards shortlist for the most influential media industry event in the world, Festival of Media Global, which takes place in Rome from 10-12 May.

Coca-Cola comes out on top of the highly-anticipated list, with the greatest number of shortlisted entries (11), followed by Samsung (seven nominations) and P&G’s Always, which has six. MediaCom leads in terms of agencies with 35 nominations, followed by Starcom MediaVest Group with 30, OMD with 27 and PHD with 23.

The highly-anticipated announcement comes on the back of a 20 per cent uplift in entries, from 121 brands and 30 different countries across Europe, North America, Latin America, MENA and Asia Pacific, making 2015 the Festival’s most global to date.

China, Germany and New Zealand see the greatest increases in shortlisted entries and it is the first year in the Festival’s history that Guatemala, Dominican Republic and Tunisia make the list.  Also present on the prestigious shortlist for the first time are companies such as Exchange Lab, Affectv, iHeartMedia and Cadreon.

Highly contested were five new categories in this year’s awards, each of which reflects an increasing shift towards technology in the media landscape. These are Best Use of Programmatic Technology, Best Use of Native Technology, Best Use of Video, Best Community Development and Best E-Commerce Campaign. Each category is open to agencies, brands, ad technology companies and any operating within these areas of the media industry.

A final jury will deliberate on each of the 24 categories during the Festival, and the winner will be announced at the Festival of Media Global Awards Ceremony 2015, in Rome, on 12 May.

Chris Carmichael, Director, Media & Digital Marketing, EMEA at HP, and soon to take up the role of Global Head of Media for banking giant HSBC, was this week announced as the chair of the jury.

Alongside the awards, this year’s Festival will focus on how media is driving, colliding and influencing other business sectors, while providing insight into the industry’s most pertinent topics.

The event will attract the biggest gathering of brands and forward-thinking media leaders from over 41 different countries, making the event a truly global meeting of media talent and inspiring leaders.

Jeremy King, Content Director, C Squared, comments: “In today's digitalised world, brands have to win the trust and confidence of consumers on a daily, even second by second, basis. To do that they need to know how best to plug into the key content distribution platforms, understand how best to use the latest technology and most importantly how to engage and resonate with a consumer’s cultural, social and political preferences. This year the Festival of Media Global will answer the questions that help shape the way our delegates do business, manage their teams and, most importantly, inspire some creative thinking that draws on experiences from a wealth of sectors and people.”

The shortlists can be viewed here.