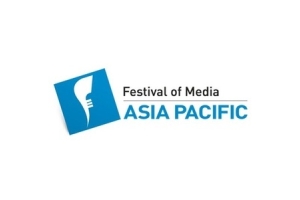 Global media heavyweights dominate this year’s shortlist, with Mindshare leading the pack with 20 shortlisted entries, followed by Starcom MediaVest which appears on the shortlist 16 times. MediaCom and OMD also appear 15 and 13 times respectively.
The full shortlist can be downloaded from the Festival of Media Asia Pacific website here.

The Awards recognise the 'best in class' media thinking with finalists selected by a 55-member strong panel of senior agency heads and global brand marketers.

The shortlist reflects the truly pan-Asian nature of the event, with 13 APAC countries featured including China (14 entries), New Zealand (10 entries) and Indonesia (6 entries) which all saw increases over last year. Campaigns from Japan and Vietnam appear on the shortlist for the first time since the launch of the Festival of Media Asia Pacific Awards in 2011.

The increasing popularity and quality of the awards are shown by 13 companies who make their first appearance on the shortlist, including Bohemia Group and MNET Mobile from Australia plus Movent from the Philippines. These impressed the judges in some of the new categories such as Content Creation and Smart Use of Data.

Commenting on the awards, Charlie Crowe, Founder of Festival of Media and Chairman and Editor-in-Chief of organiser C Squared said: “The Festival of Media Asia Pacific Awards prides itself on being fair and tough, awarding only the best campaigns in the region. This year’s awards show is bound to have everyone on the edge of their seats, with each category hotly contested as the quality and quantity of entries continues to rise. Asia Pacific is one of the most exciting markets for the media industry and I hope that these awards inspire all of us to be creative and challenge the status quo, delivering only the best results to clients.”

The final winners will be chosen in March by a select panel of 20 final judges chaired by Peter Mitchell, APAC Head of Media & Global Media Innovations Director, with winners announced at the Festival of Media Awards on 24th March 2015 at the Capella Singapore.

The Awards are held in conjunction with the Festival of Media Asia Pacific conference event, which will take place from 22 March to 24 March 2015 at the Capella Singapore, with the evening Awards ceremony closing the event.

For more information on the Festival of Media Asia Pacific 2015 agenda, the awards program, and delegate registrations, visit the website here.