Set to take place from 16-18 March in Singapore 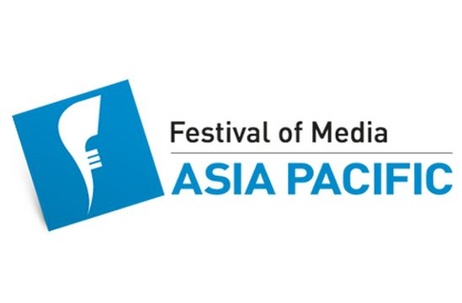 Festival of Media Asia-Pacific (FOMAP), the largest gathering of media leaders in Asia Pacific, announced its 2014 agenda featuring some of the most thought-provoking topics and speakers in the media industry today. Taking place from 16-18 March 2014 at the Capella Singapore, the Festival brings together media owners, agencies and brands for three days of invaluable networking, celebration and speaker sessions.

Based on the Festival theme ‘Agility’, which focuses on the increasing need for businesses to be nimble and responsive to the changing media environment, this year’s event will highlight some of the most interesting and pressing issues affecting the industry today.

Highlights of the 2014 event include a session hosted by Charlie Crowe, Founder of Festival of Media and Chairman of C Squared in conversation with Steve Mosko, President, Sony Pictures Television. In another session, Professor Jerry Wind, Wharton Future of Advertising Program, and Rose Tsou, Senior Vice-President, Yahoo! APAC, will explore native advertising via the results of research exclusive to the Festival. Scott Lamb, Vice-President International, Buzzfeed, a pioneer in native advertising, will also talk about shareable content and the opportunities it affords advertisers.

In keeping with Festival of Media Asia Pacific’s history of staging truly topical discussions, this year’s event will feature Peter Vessenes, Founder & CEO, CoinLab and Chairman, Bitcoin Foundation, who will address the impact of Bitcoin on the future of the media buying industry.

Other highlights include a session with Manmeet Vohra, Marketing Director at Tata Starbucks on the US coffee giant’s joint venture with India’s Tata and their attempt at turning the massive tea-drinking nation into a country of latte sippers. Delegates will also have the opportunity to learn how they can leverage Asia’s vast social network user-base in a session featuring Rita Nguyen, Co-founder and CEO of SQUAR, Myanmar’s first social media network.

Some of the other confirmed speakers at this year’s event include:

In addition to the exciting speaker line-up, the event will also feature Festival of Media Asia Pacific’s renowned awards program, celebrating the best media thinking in the region, as well as the Rising Star Award in partnership with Starcom MediaVest Group, rewarding the brightest young media talent in Asia.

Charlie Crowe, Founder of Festival of Media and Chairman of C Squared said, “Asia-Pacific continues to be a global hub for media innovation and excellence, and this year’s event will see some of the region’s pioneering media leaders come together to offer a unique perspective on the challenges and opportunities faced by businesses in Asia Pacific. As always, we pride ourselves on offering the latest research, fascinating industry case-studies and educated commentary on the industry issues making the headlines, to provide our delegates with an educational and above all else, enjoyable event.”

For more information on the 2014 agenda and delegate registrations, visit the Festival of Media Asia Pacific 2014 website here.