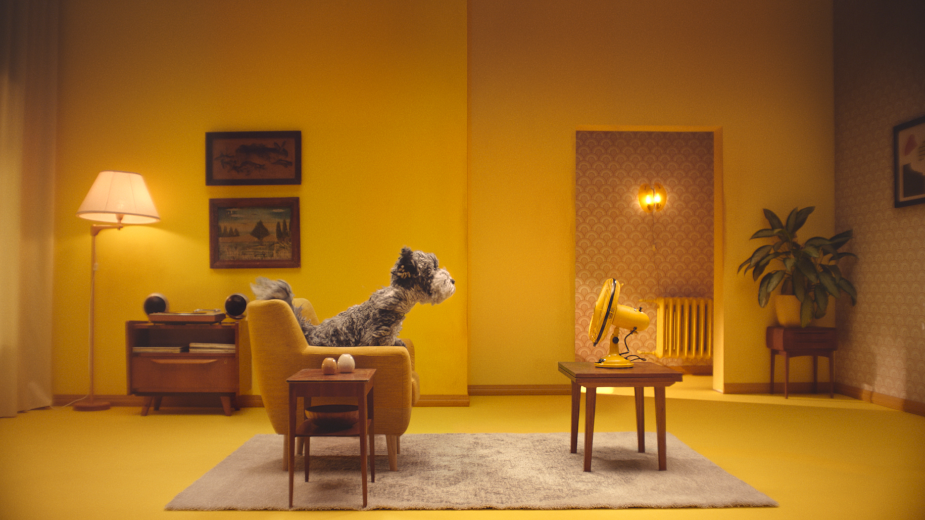 The AA is helping drivers –  many of whom have been stuck at home during lockdown – get ready to get back behind the wheel with the confidence of knowing the AA is by their side, in a new campaign from adam&eveDDB and Goodstuff that celebrates the feeling of getting back on the road.

Tukker the dog, the campaign’s hairy hero, embodies the nation’s visceral response to the exhilarating freedom and possibilities presented by a long-awaited car journey - however big or small.

Dogs have the ability to express unbridled enthusiasm far better than humans ever could, which makes Tukker the perfect star of the show, eager to tell the simple story of how we have all missed being on the road.

He blasts out the music (Drinkee by Sofi Tukker), turns on the fan, and settles down to enjoy the feeling of the wind rushing through his fur as he places his two front paws on the chair’s arms, leaning in to catch the breeze.

The ad strengthens the AA’s market leading place at the heart of the nation’s driving life with a positive, confident message about the joy of being back on the road after months of limited movement in lockdown. The message is: “Love that feeling? We’ll get you back on the road.”

Will Harrison, The AA’s head of brand Marketing remarked: “Everyone has had different challenges during lockdown. It’s been tough. We wanted to put out a wholeheartedly positive (and yellow!) message to remind people that when they’re ready, they can get back on the road with complete confidence with membership from the AA”.

The campaign, planned and bought by Goodstuff, will launch during the Man United Premier League game on Monday 13th July, shortly followed by spots in Coronation Street, Gogglebox and The Great British Bake Off. This will be supported by a National OOH campaign which will run contextually relevant ads on key Large Format Digital sites across the UK featuring the loveable Tukker. A Radio campaign and a Spotify partnership on sponsored road trip playlists will support the wider campaign to help celebrate that feeling of driving, and on social media, slow-motion gifs featuring Tukker will appear across social channels.