Duberti joins from Lowe Worldwide, where he was Global Business Director 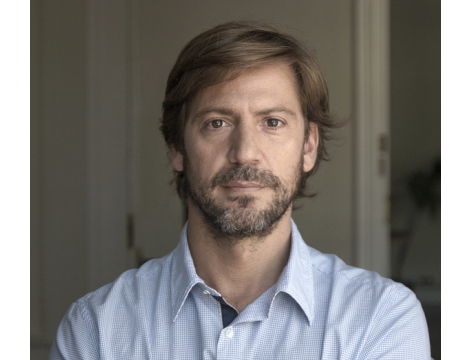 The Cyranos /McCann today announced that Federico Duberti has joined as Managing Director.  The Cyranos/McCann, which was founded late in 2012 in Barcelona as a global creative hub in partnership with McCann Worldgroup, has already established itself on the world creative stage. This past June the agency won nine Lions at the 2014 Cannes Lions International Festival of Creativity.

Duberti joins from Lowe Worldwide, where he was Global Business Director on Unilever’s Rexona deodorant brand. His advertising career has spanned three continents, beginning in his native Argentina where he worked for several agencies and rose to become a regional account director on a major Unilever brand. In 2001, he moved to Madrid where he worked as an account director at Delvico Bates and then at Leo Burnett. He subsequently moved to New York as Group Account Director at Bravo, Young & Rubicam’s U.S. Hispanic agency. In 2008, he moved back to Madrid to join Lowe’s LOLA (Lowe Latina) as Client Services Director.

Pablo Walker, President of McCann Worldgroup Europe, said “The Cyranos/McCann represents today’s exciting new reality in global marketing communications. Our world-class Worldgroup talent from one market, in this case Spain, has been freed up as a global client resource creating programs that can cross all national borders and that can integrate all platforms and channels.  All the global and regional work that they are producing for clients like Coca-Cola and Unilever, which includes creating award-winning campaigns that span advertising, mobile, design and promotion, is hard evidence of this.”

The Cyranos/McCann this past June won nine Cannes Lions, eight of them for one of their recent programs for Teatre Neu. The highly innovative campaign, a reaction to rising theater ticket prices in Spain, instituted a system in which people paid admission based on how many times they laughed at a show, as recorded by facial recognition technology in each seat. The program won Gold in the Mobile category, Silver in Design, and additional Bronzes in Media, Direct, Promo & Activation, and Branded Content & Entertainment. The agency’s 16 shortlisted Lions entries also included six for Coca-Cola and Unilever.

The global creative hub’s imaginative name is a literary allusion used to describe the relationship between an agency, the client brands it works on, and consumers. In Edmund Rostand’s famous 1897 play, Cyrano de Bergerac, in love with Roxane, ghostwrites beautiful love letters to her on behalf of another. Explained Raposo, “Consumers are the objects of desire that our clients want to attract. And in a world where commoditization is here to stay, we are the Cyrano that whispers in the ear of our clients the right message their brands need to say to conquer the object of their affection.”

“Cyranos is a truly unique creative resource, and I am delighted to be joining this amazingly talented group of people,” said Duberti. “As it has established even in a short time, and as Cannes recognized, Cyranos  excels in creating non-invasive, seductive communications that can bring a brand’s message to life across many different channels. It offers the flexible way of working, fresh approach and partnership spirit of a small agency, but with a dream team of people that worked for big networks and big global brands across the World for the last twenty tears."