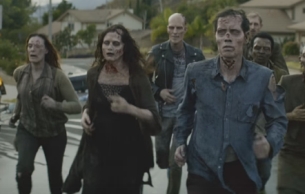 Brooks Running has this week unveiled a new campaign called 'Live the Way You Run. Run Happy.' Created by Leo Burnett Chicago, the global campaign focuses on communicating how running can impact more than just a moment or a day, but an entire life. With the help of the right shoes, running can get people out of a rut, bring them to life and allow them to run happy.

The campaign’s anthem spot 'The Rundead' takes an unexpected, new approach for the Brooks brand in its first-ever TV commercial.

The spot features special effects makeup by Academy Award-winning artist Dominie Till, and even includes a special appearance by Brooks CEO James M. Weber as a zombie.